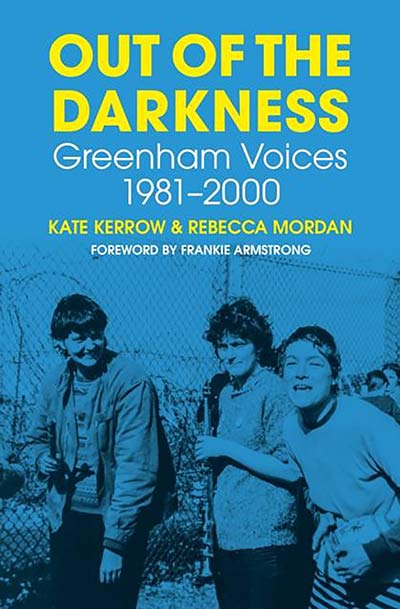 Forty years ago, living in the shadow of the Cold War, two women decided to organise a march from Cardiff to the RAF military base in Newbury to draw attention to the siting of American nuclear missiles on British soil. The 110-mile march turned into the biggest women-only movement since Suffrage. These âWomen for Life on Earthâ as they called themselves initially, showed extraordinary courage as they set up camp at the base, facing down police horses and bailiffs. Out of the Darkness: Greenham Voices 1981-2000 is a compelling account of this hugely influential protest, a campaign not only against the existence of weapons which have the capacity to blow up the world several times over, but for the dismantling of patriarchal structures which keep us women in our place, locked out of the decision-making process, ruled over predominantly by men and their machinery of war.

Angharad Penrhyn Jones is co-editor of Here We Stand: Women Changing the World (Honno, 2014), winner of the Bread and Roses Award. She is a freelance writer and editor based in Machynlleth.