Congratulations to Hannah Roberts, the winner of our 2016 Young Writersâ Essay Competition.
In her essay, Hannah argues the Welsh music scene needs to transcend its linguistic schisms
and anxieties in order to promote Welsh music in both languages around the world. 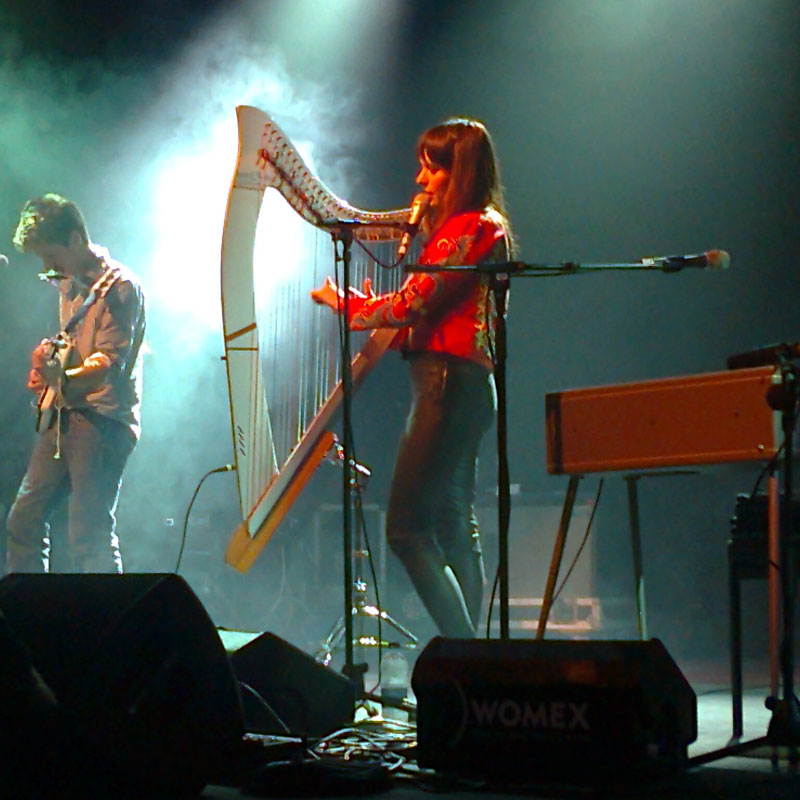 Wales is seen as the âland of songâ. This stereotype conjures up images of elderly men singing in choirs; a hip-thrusting Tom Jones or perhaps a fair maiden strumming the strings of her harp as clog dancers jump over their hankies and brooms that have been carelessly left lying around on the kitchen floor.

There is far more to the Welsh music industry than this, but that is not to say that it hasnât got its faults or room to grow. Just like the nation, the Welsh music industry is fractured, linguistically and geographically split. In contemporary music we have two streams: Anglophone music which emerged from the Cool Cymru generation who were responding to a bigger Britpop movement during the 1990s; and its underground Welsh speaking alter-ego which has been steadily growing in popularity outside Welsh-speaking circles since John Peelâs heyday and the later Cool Cymru phenomenon, but is still limited in reach due to the language barrier.

The language barrier need not be a problem if we were to consider Welsh-medium music in all its varieties as another branch of the world music family tree. The presence of a minority language is usually an exotic appealing factor for those who listen to world music. Language is a quintessential element in exhibiting oneâs identity, which is also a contentious issue on this small rocky protrusion we call home. Identity, language and culture are usually interlinked, but especially so in Wales, as a bilingual nation, with most people (whether or not they realise it) sitting somewhere on a scale of bilingualism. This might mean on one end of the spectrum is someone who only knows very basic greetings and on the other, a person who lives their life in Welsh. As a result our culture has also become bilingual.

The World Music Expo (WOMEX) which was held in Cardiff in 2013, is a perfect example of how an event manages to hitchhike its way around the world exhibiting the spoils of the world music scene as well as showcasing the host city or country. When it was here, Wales was proudly represented as the âLand of Songâ but perhaps not enough advantage was taken to network internationally and sell Welsh music in all its forms. We need to reconsider marketing â not just for capitalist gain but to enrich such a market and contribute our wares to the history of this international art form. We need to be able to give our artists the confidence to be able to break boundaries and overstep the borders which lie between us and the rest of the world. This isnât to say that this would be the watering down of our identity, or selling ourselves short but a re-evaluation of who we are and what can be achieved.

We shouldnât be too dismissive about the manufacturing of music either. Since the beginning of pop as we now know it in the 1950s, artists have performed work written by others, and bands have been created by third parties. Some people in the world are wordsmiths, others are quiet, behind-the-scenes types and, of course, we have our show-off peacocks and divas. This isnât too dissimilar to other workplaces. People have been put together because of their skillset. I am an advocate for independent artists and bands and their respective labels that have come together naturally and grown organically, but for the few who gel wonderfully, there is the other percent that are not the right fit for each other. The manufacturing process takes the edge off this and is a fast track to producing a sound that works. However, its weakness shows when people are put together too quickly, or are not given enough time to craft their skills, and a major issue is that manufacturing talent has become a lucrative business itself, with megalomaniacs who pay too much attention to the aesthetics of the industry instead of the substance. It is the substance that gives rise to musical movements and creates opportunity for new genres to emerge.

Currently, the Welsh music industry is limited. There is no âWelsh genreâ, that is not to say that we should be confined to music that is âdistinctively Welshâ, but even the cities of Wales do not exhibit a unique sound. Is this because of a lack of confidence to experiment? Or is it because of poor facilities or even a lack of money being invested in the arts? On the other hand, this concern about the absence of contemporary music which can be instantly identified with Wales does not mean we should be scared of being influenced by outside sounds and cultures, or even of the misconception that music is becoming âAmericanisedâ.

The way we support new music is perhaps a little prim and proper. Radio is naturally one of the most powerful media for transmitting the latest sounds and still dominates music culture, shaping and manipulating the charts. What is featured on the playlists of the larger stations can dictate what will appear in the mainstream charts the following weeks, with tracks fluctuating rapidly in the charts depending on whether they induce a craving through hype or burn out with over play. In terms of Welsh-language music, radio play is usually limited, and often confined to Radio Cymru. Therefore, is the continued dominance of radio restricting the development of music?

In the last decade, the debate over royalties has raised some fair points, but has arguably taken over discussion about the future of Welsh-language music so much that it has diverted energy from taking creative risks with the music itself. We have reached a stage in technology where it is just as easy to get hold of music in an illegitimate way as is to purchase a download. According to some studies,1 web piracy does not harm legitimate sales of music â but even then we need to look at different aspects of the situation. We have to accept that some people will not pay for something that they can get for free. This means in the long term that the financial viability of bands as we know them and their creative momentum could be in jeopardy. Profits from sales (alongside live events) are vital for the livelihoods of not only the artists but all the cogs in the music machine: producers, studio engineers, designers to name but a few.

However, piracy can also be used to an advantage. On the open platform of the internet and pirate radio, there are no restrictions on when and where music gets played, or the language used. Pirate radio is the very reason that the grime genre developed, it shaped and supported the art of young people in East London. Of course, following this route does mean potentially becoming tangled in legal grey areas, but indeed the success of some music via pirate radio and illegal download is due to a tolerant attitude towards illicit activities. Personally, I am in support of paying for music, but this does not mean I am completely against its alternative if that means a breakthrough in creative development. Debussy expressed this tension perfectly, and as a pioneer of 20th century music, particularly the Impressionist movement, perhaps we should learn from his reflection that: âWorks of art make rules; rules do not make the works of art.â

Music promotion is also a shady area. Anglophone music in Wales seems to be bogged down and hidden underneath the work of other mainstream wannabes in a worldwide English-language scene, so that it rarely gets a glimpse of the spotlight. Even when it does, it isnât marketed as having distinctively Welsh roots, itâs just part of the fabric of the British music scene. This is expected to some degree, but if we want to invest in music as an export, we really need to assess how to sell it so that it can appeal to others. With regard to Welsh-medium music, the situation is unusual as it benefits from government subsidy. There is even a dedicated page on the Welsh Government website about contemporary Welsh-medium music. This is understandable as money is being invested into the Welsh language as a whole, but the state funding of music raises questions about innovation and creative independence. Most Welsh-medium music journalism will be disseminated via websites and magazines such as Golwg 360 and Y Selar. Both receive funding from the Welsh Books Council via the government. Golwg360âs Chief Executive Officer also happens to be one of the Editors of Y Selar: is this a true independent voice for music journalism?

Welsh-medium music is also supported by the non-violent activist group Cymdeithas yr Iaith, providing a good grassroots base for artists to develop their music and performance style while advocating the Welsh language. However, this is a double-edged sword as Cymdeithas promote living in Welsh but at the same time its activist nature can close off engagement from non-Welsh speakers, creating a market which is niche and underground. Schemes such as BBC Horizons are to be welcomed, but through them music is fed into the BBC machine of Radio Wales and Radio Cymru, and possibly further afield via the BBC Introducing scheme as well. I think schemes such as these are fantastic platforms for young artists to learn their craft and develop in the eyes of the public, but they do potentially feed into the malaise of a safe mainstream that could hinder creativity if not addressed.

There is so much potential for us to develop our contemporary music scene in Wales, and our own genres and sub-genres too. However, we need to get over our bilingual identity crisis and just accept that Welsh people make Welsh-medium music; Welsh people make English-medium music; Welsh people make wordless music. We shouldnât give work air time just because of its linguistic nature, we should broadcast music because we enjoy it and if it so happens to be in Welsh then thatâs a bonus. The independent nature of our music gives it its character: its sometimes under-produced rawness can be seen as naÃ¯ve but it is honest. We can develop out of this, but we need to create more opportunities to do so. Regardless of language, we need to promote and export our music more beyond our borders. Aside from the need to break the clichÃ© of a picture-postcard version of Wales, we need to look at our music as an industry or cultural enterprise â not just for capitalist gain, but to demonstrate the talent we have.

Hannah Roberts is a graduate from Aberystwyth University with a degree in Welsh. She currently works for Menter Iaith Blaenau Gwent, Torfaen and Monmouthshire working as a Community Development Officer promoting and facilitating the Welsh language in those communities. 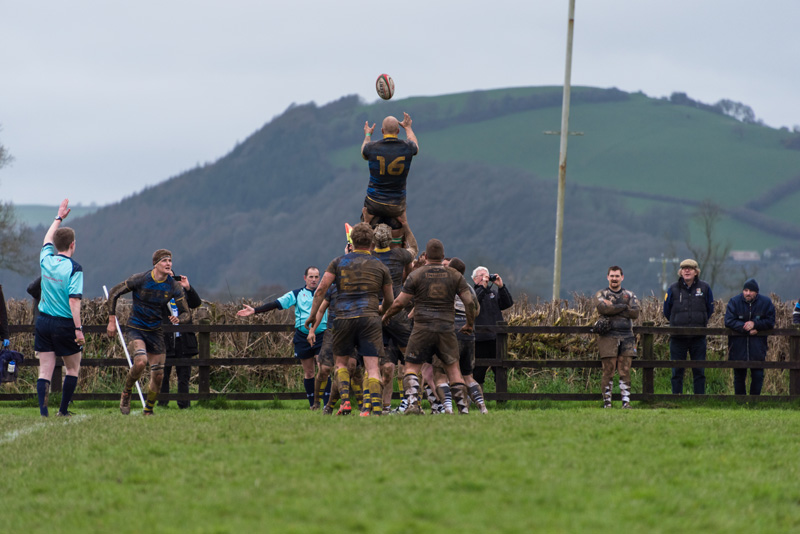