Paddy French argues that Welsh Water is little more than a privatised business, dressed up as a ânot-for-profitâ, with overpaid Directors. He details how much he believes the company has overcharged its customers, including many of its poorest, and how this connects to a wider phenomenon in Welsh public life of the âedifice complexâ.

Our Welsh Keywords offers contemporary perspectives on the meaning of words in Welsh, inspired by Raymond Williamsâ Keywords. In this issue, Daniel G. Williams explores the concept of dinasyddiaeth/citizenship. Responding to the current reality where British political culture in Wales is so often now characterised by xenophobia, he outlines how a future Welsh citizenship could define itself very differently.

Warnings to a stubborn child

A poem in English and Bakweri by Cardiff poet Eric Ngalle Charles, on his flight from Cameroon

What Would Nye Do? A Future Direction for Welsh Labour

Daryl Leeworthy examines the ideological crossroads which Welsh Labour finds itself at post-Carwyn Jones. He details just how transformative the Welsh labour movement once was, and argues that in order to remain central to Walesâs story the party needs to reject its recent flag-waving quasi-nationalism and return wholeheartedly to the principles of radical social democracy.

A poem by Mike Jenkins

Catrin Ashton on the impact of an unusual gift to celebrate the birth of her daughter: a 1970s pamphlet written by Italian Marxists who led an international campaign for stay-at-home mothers to receive a wage. She argues that mothers in lower-income families have been let down by both capitalism and traditional socialism, and details why the pamphlet is more relevant than ever for contemporary Wales.

Frances Williams evokes contrasting atmospheres in two Bangor cafÃ©s across the road from each other, and how this kindles ideas about Welshness, womanhood, culture and resistance, drawing on Raymond Williams, Pierre Bourdieu and memories of her grandmotherâs mischievousness.

A short story by Carla Manfredino

Reading Between the Lines: Machynlleth to Aberystwyth

In our new series of creative responses to Wales' rail network, Reading Between the Lines, Angharad Penrhyn Jones takes the train between Machynlleth and Aberystwyth. She describes why train journeys remind her of her Sami heritage, how they lead to you to tell strangers your secrets, and why defending public services against distant corporations is more important than ever.

Inside and Outside a Tradition

Jo Mazelis reviews âWomen Behind the Lensâ, an exhibition of womenâs photography on show at National Museum Cardiff until 11 November. She describes the ways in which the work shown transcends expectations of what a woman should point her camera at, from Victorian floral arrangements to depictions of the Valleys today.

The selection of books presented here bears lively witness to the variety and energy of presses based in Wales. It suggests that, in spite of the real challenges faced by the Welsh publishing industry, many talented writers and artists actively choose to stay local, despite (in the words of the Review of Support for Publishing and Literature in Wales, 2017) the lure of âthe London publishing industry just up the roadâ. Contrary to the assumptions of this report, not all Welsh authors are ultimately aiming at a London market (âjust up the roadâ [!]). Like their successful northern English counterparts (Bloodaxe, Comma), Welsh publishers prove that high quality work from smaller, non-metropolitan presses can galvanise an entire field and bring on a whole new generation of writers.

The visual arts are well represented here, with Andrew Greenâs review of two powerful books exploring two radically different lives; that of photographer Philip Jones Griffiths, best known for his searing pictures from Vietnam, was played out on an international stage, while the private, intense paintings and metal sculptures of Roger Cecil were crafted over a lifetime in a quiet terraced house in Abertillery. Three books of folk-tales reviewed by Peter Stevenson remind us of the current rich seam in book-illustration in Wales, and of the cultural importance of the revisiting familiar stories â not so much, in R.S.Thomasâs words, âworrying the carcase of an old songâ as renewing old structures for new times. Songs and rhymes and snippets of folklore abut birds are woven into Rhian Edwardsâ unsettling new collection of poems, reviewed here by Elizabeth Edwards alongside Susie Wildâs poignant exploration of domestic spaces.

Lost, neglected and suppressed histories are the subject of two reviews: Jane Aaron offers a thoughtful response to Angela Johnâs volume of essays on Welsh women who ârocked the boatâ, and Rhian E. Jones assesses a pioneering history of Welsh LGBT experiences. Fictional worlds are explored by Eluned Gramich â who takes us on an inspiring trip through the beautiful short stories of Stevie Davies â and Helle Michelsen, who gets to grips with the mysteries at the heart of Maria Donovanâs The Chicken Soup Murder and Rhys Iorwerthâs troubling Abermandraw. Finally, Frances Williams responds with enthusiasm to One Woman Walks Wales, Ursula Martinâs account â part travel journal, part recovery narrative â of âwhat it is like to feel totally alive in the present momentâ.

Mary-Ann Constantine works on eighteenth-century Welsh literature and leads the Curious Travellers project at the University of Wales Centre for Advanced Welsh and Celtic Studies: curioustravellers.ac.uk/en/. Her novel, Star-Shot (Seren, 2015), is set in a troubled space around Cardiff Castle. 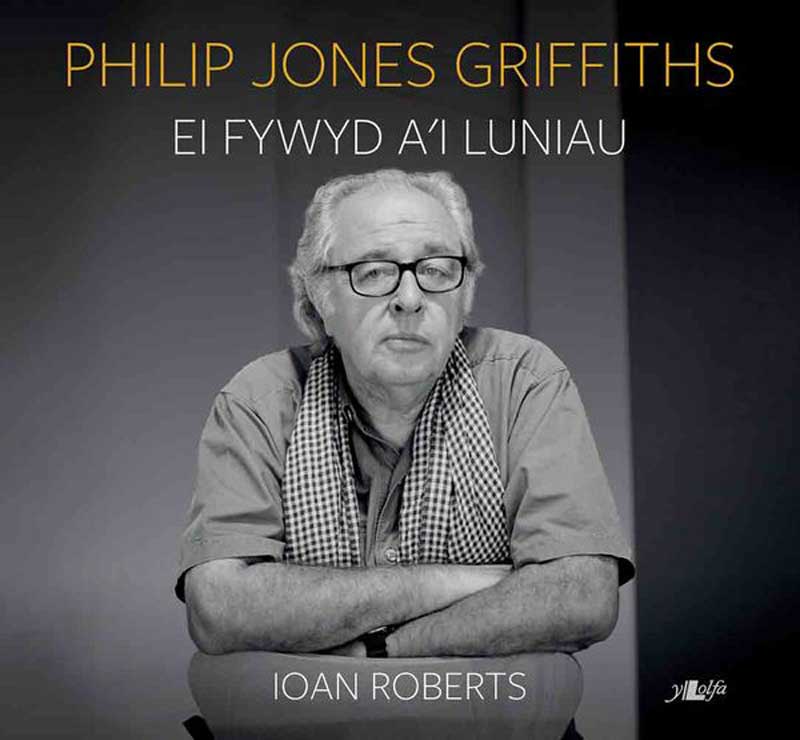 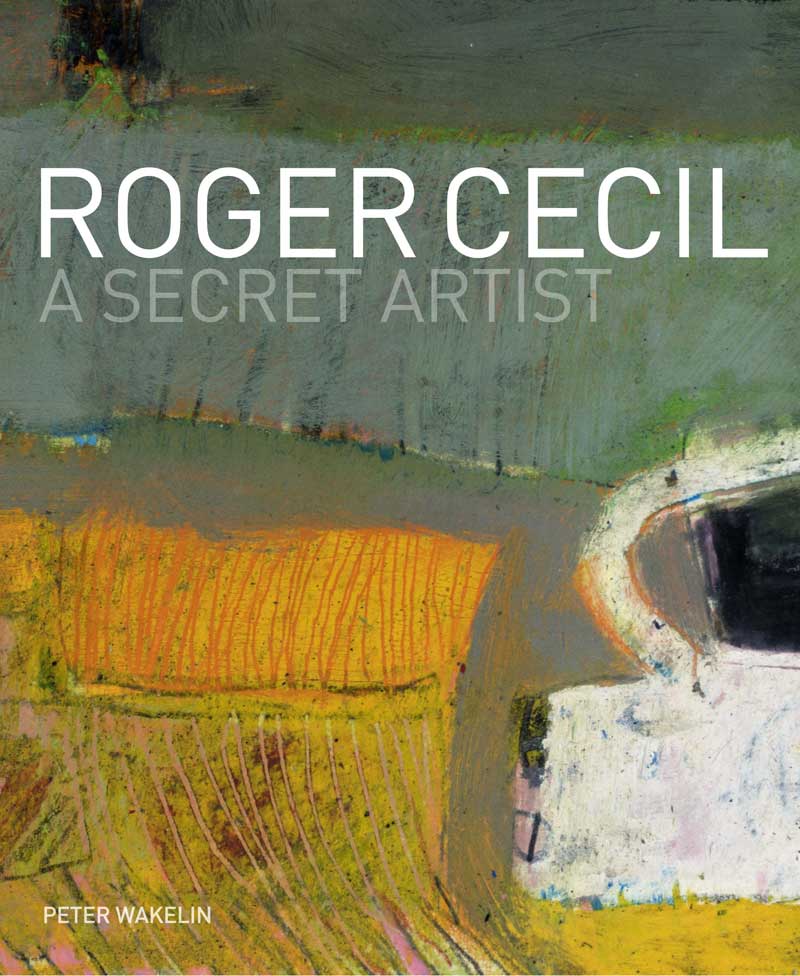 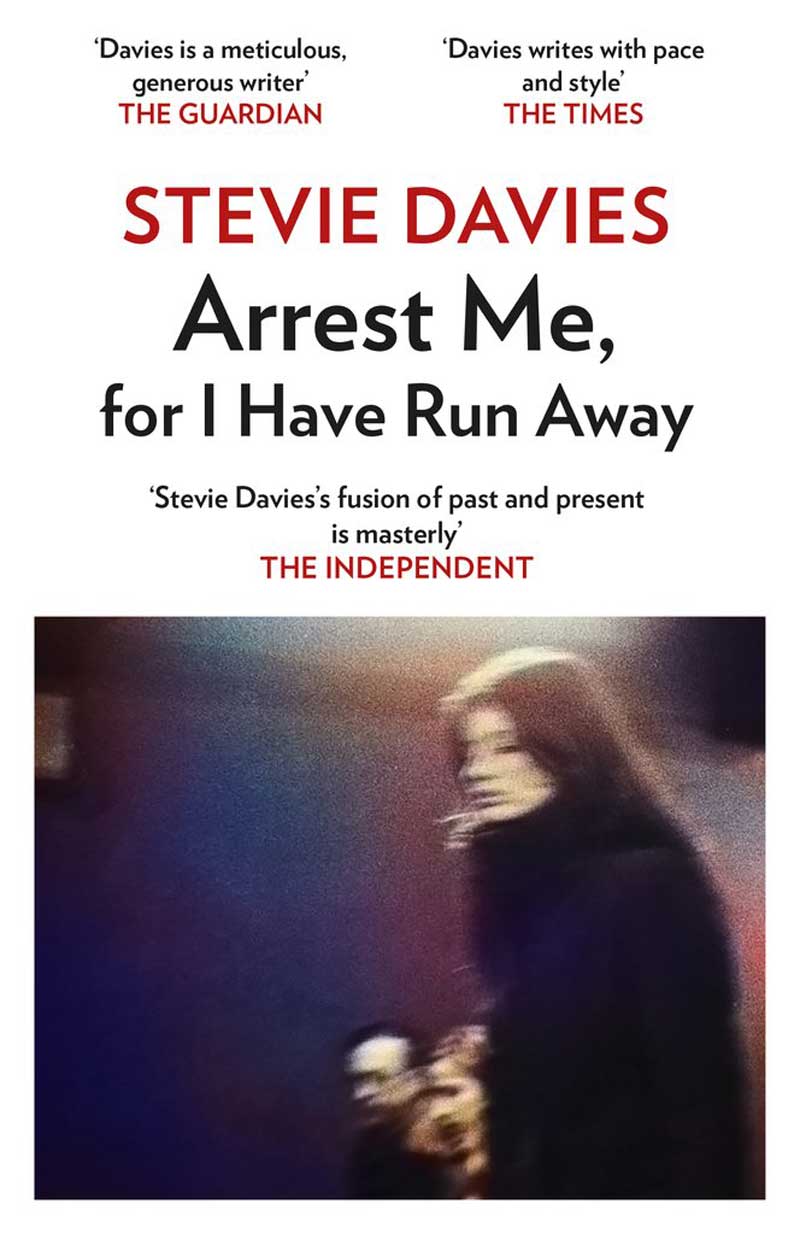 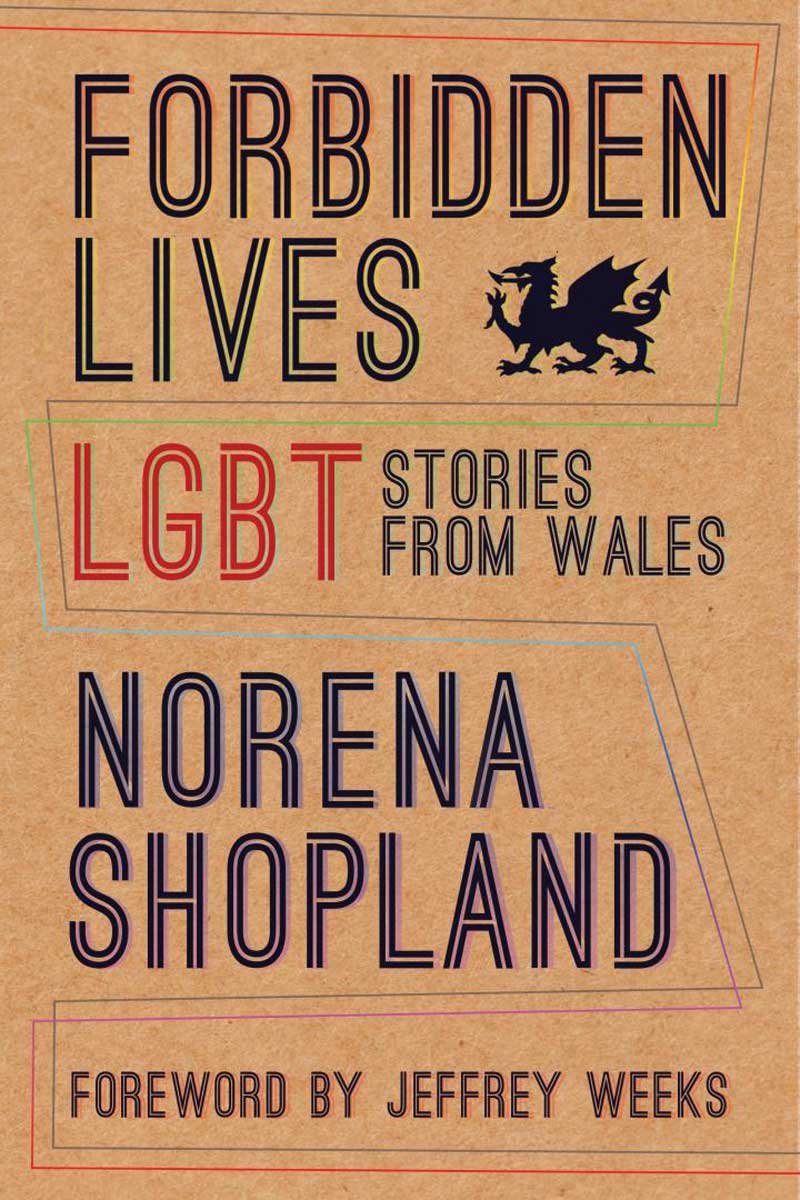 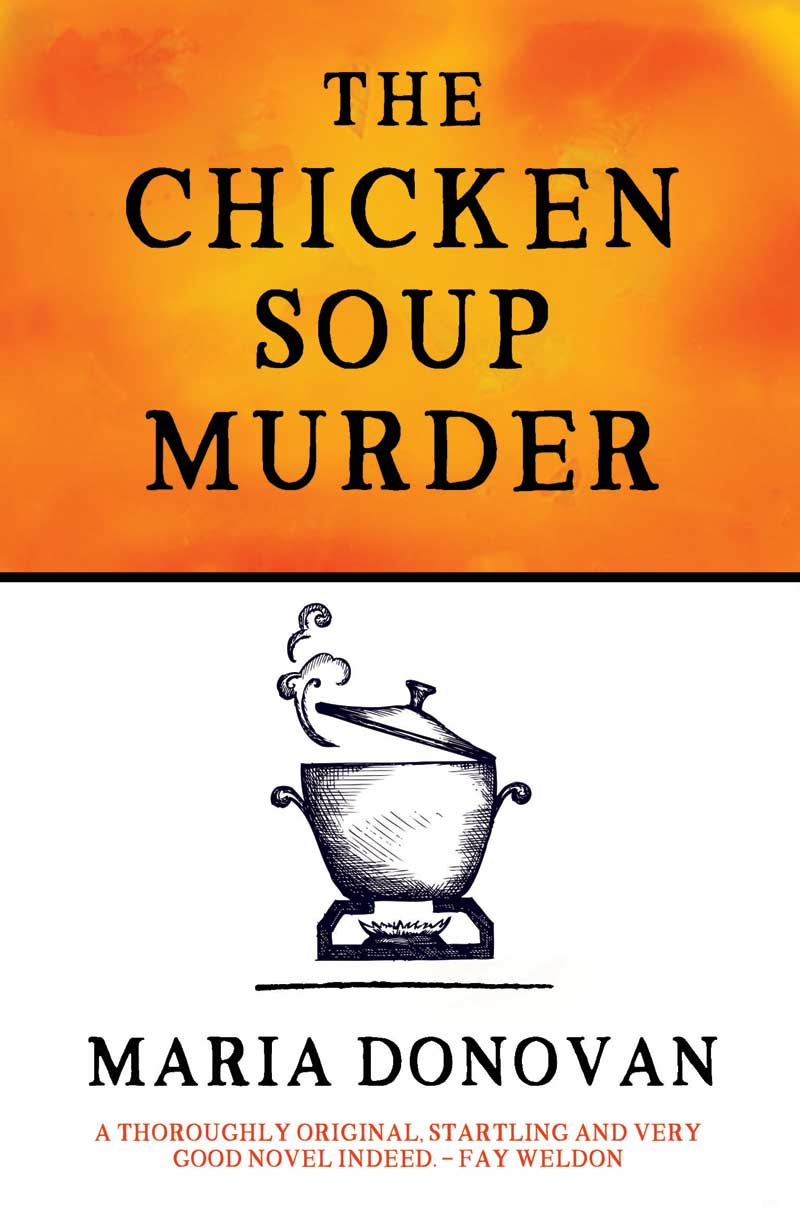 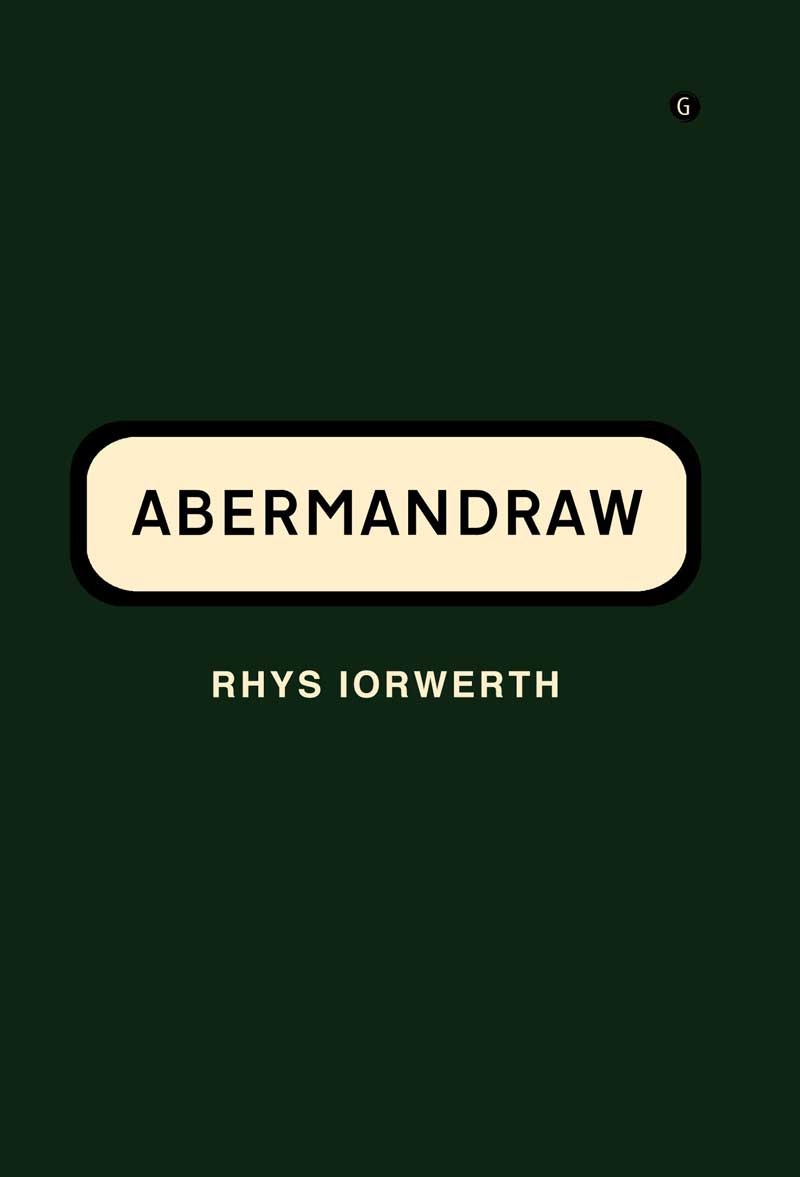 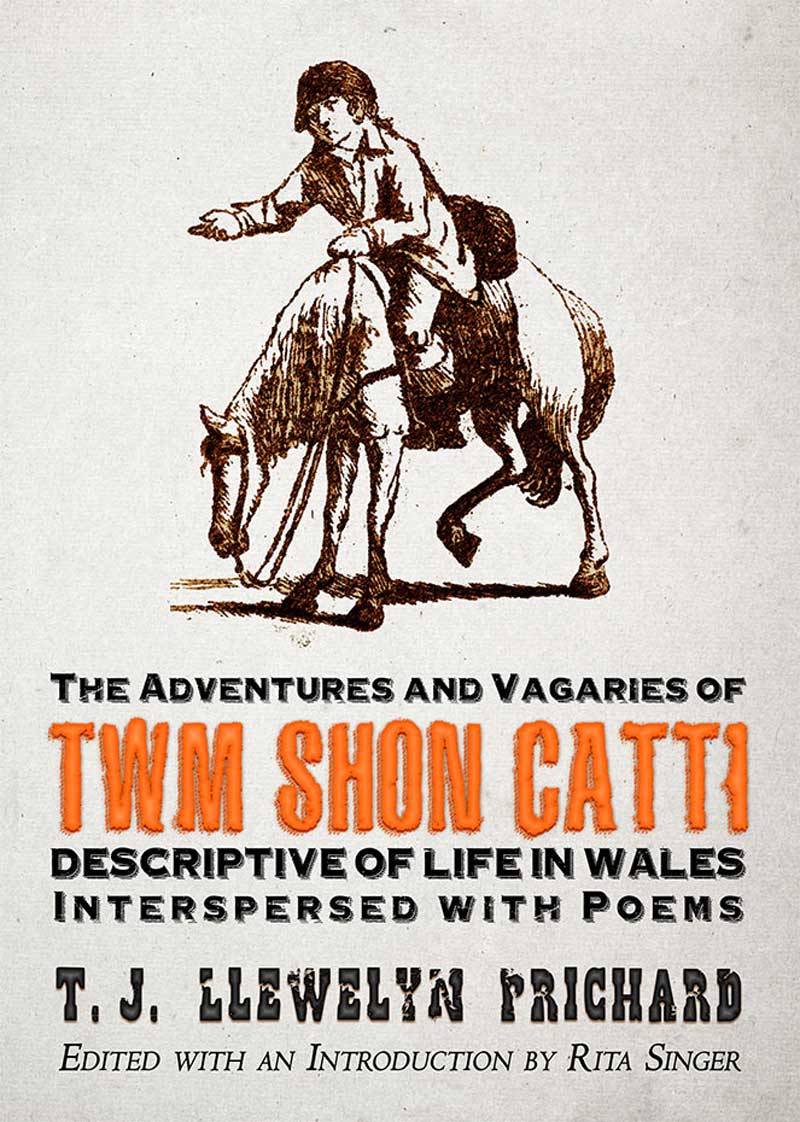 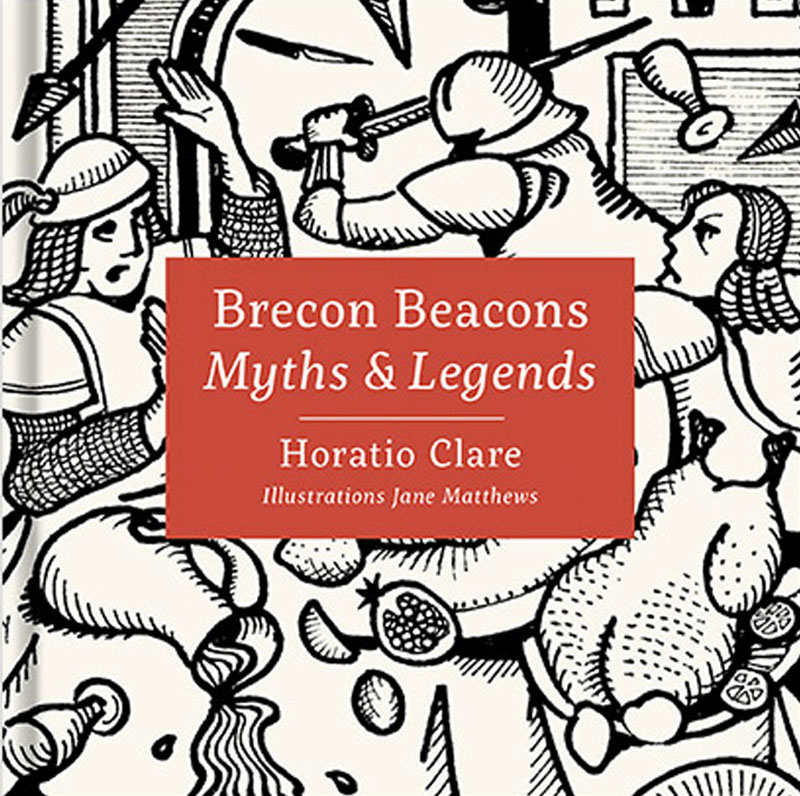 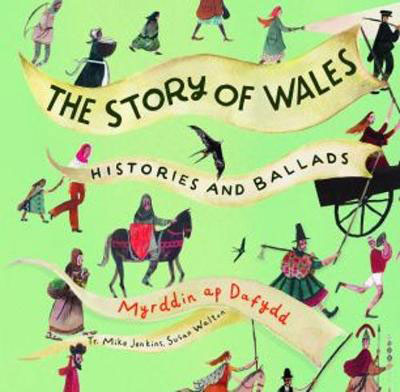 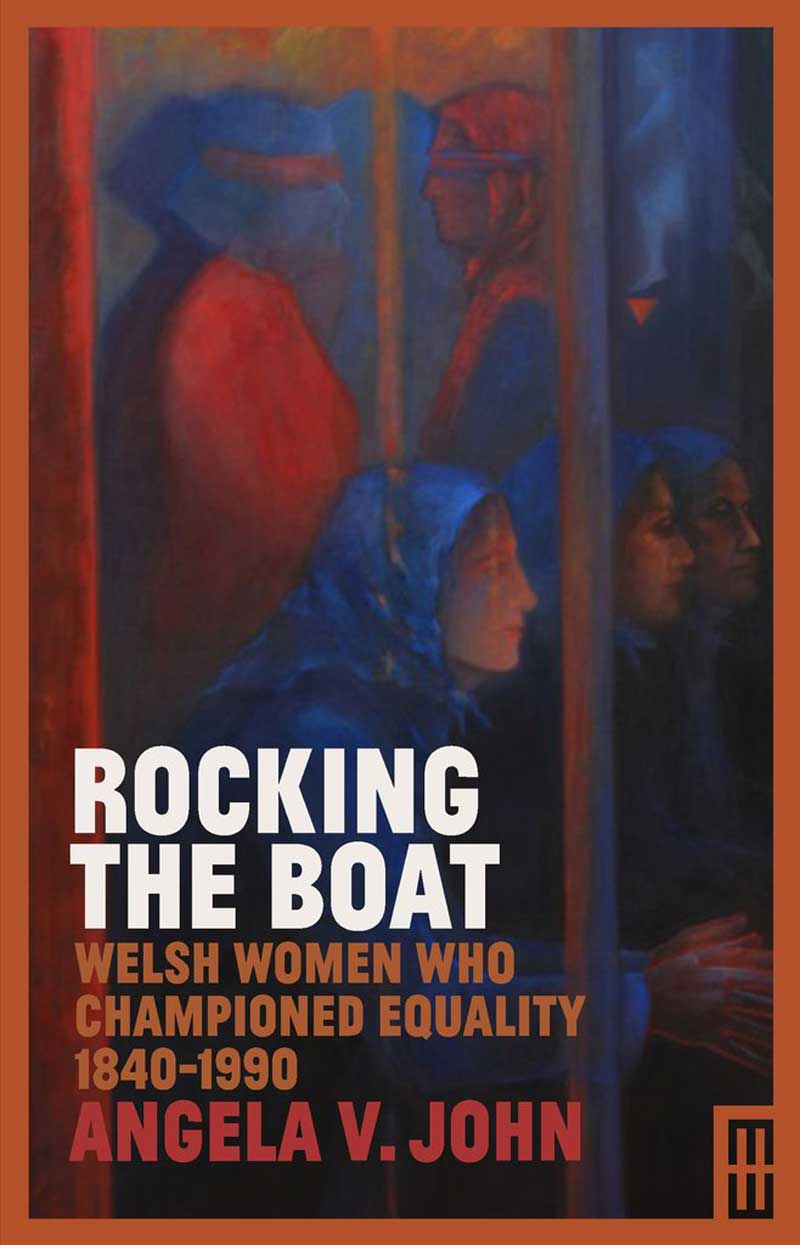 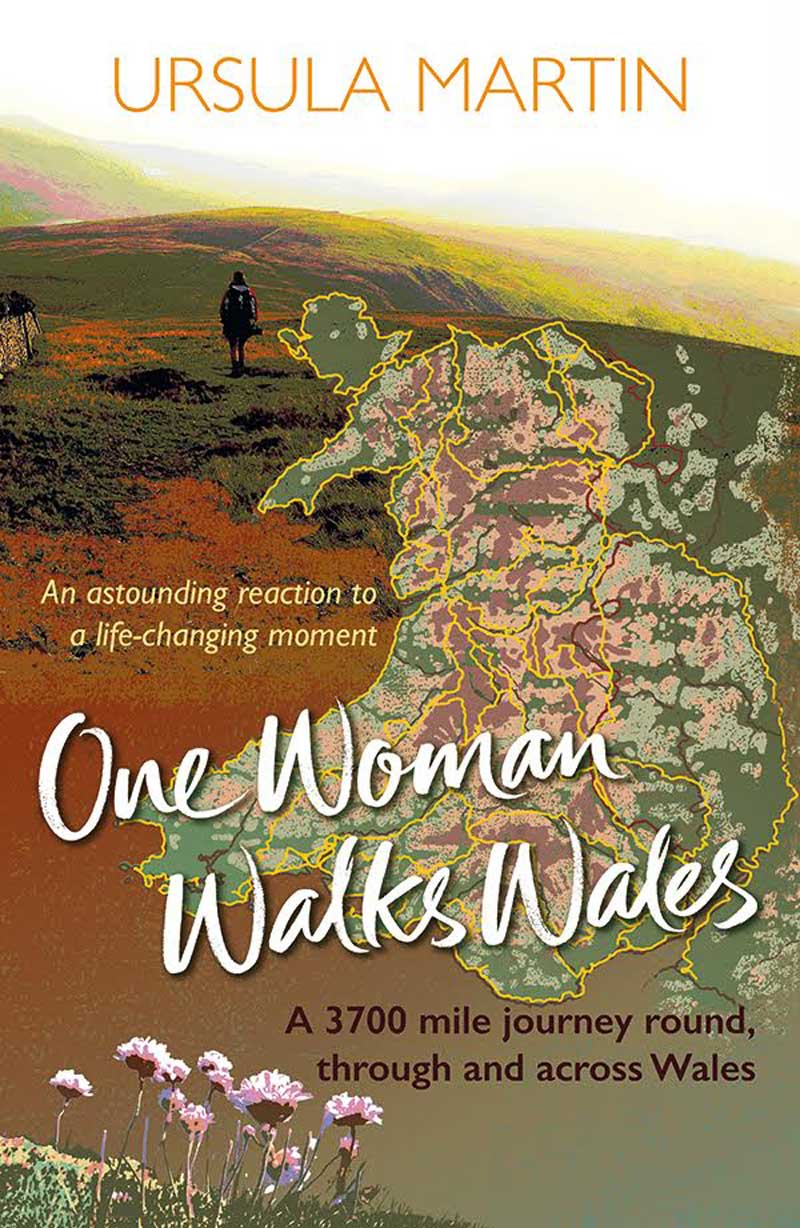 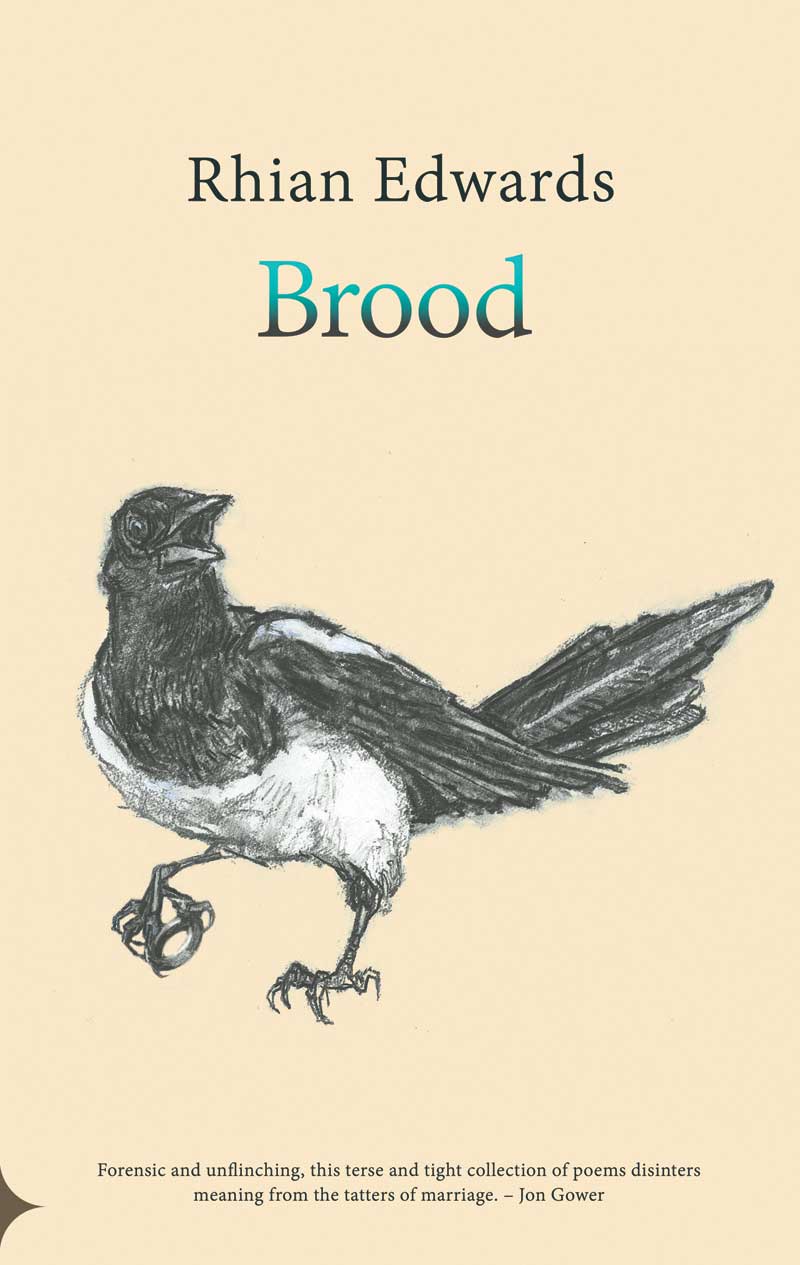 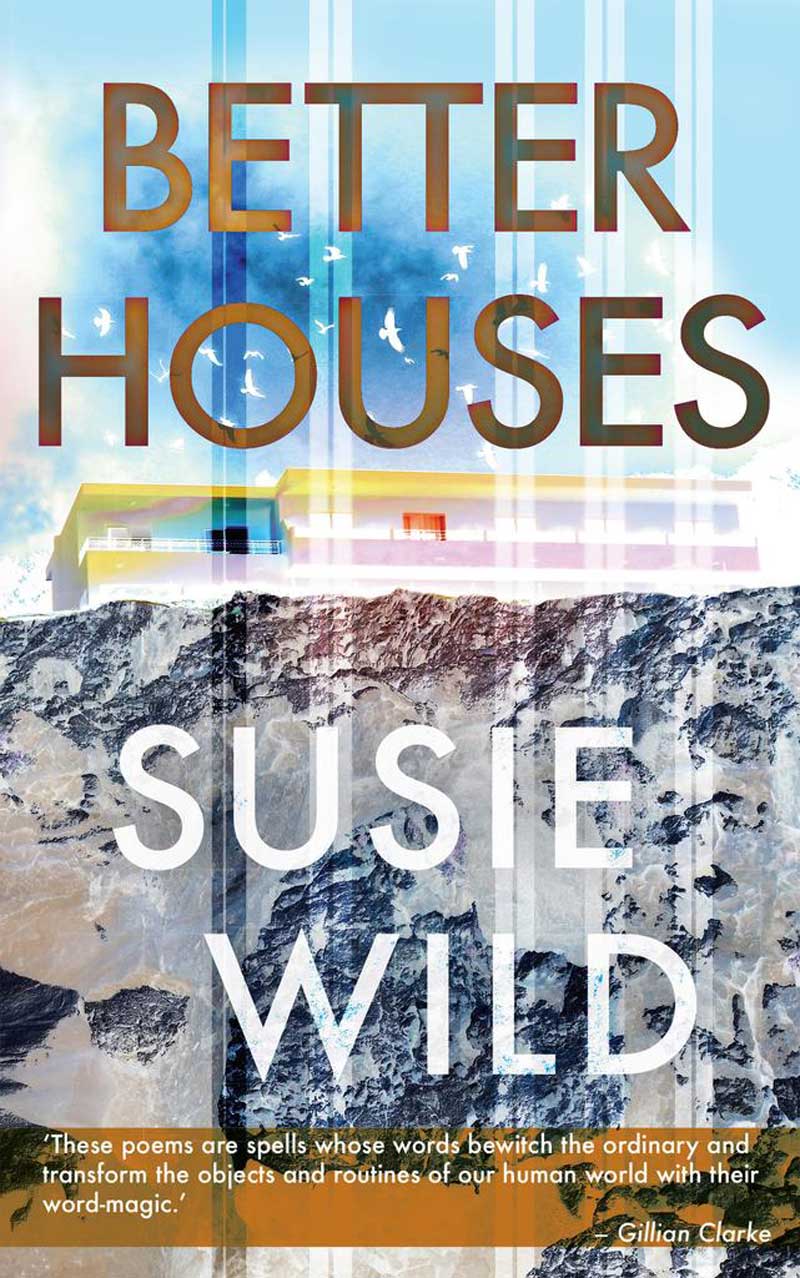