Tony Corden tells a tale of tall trees and long memories in a National Park in southern Chile.

In the south of Chile grows the Alerce, a majestic and ancient tree. Some of them are over 3000 years old. 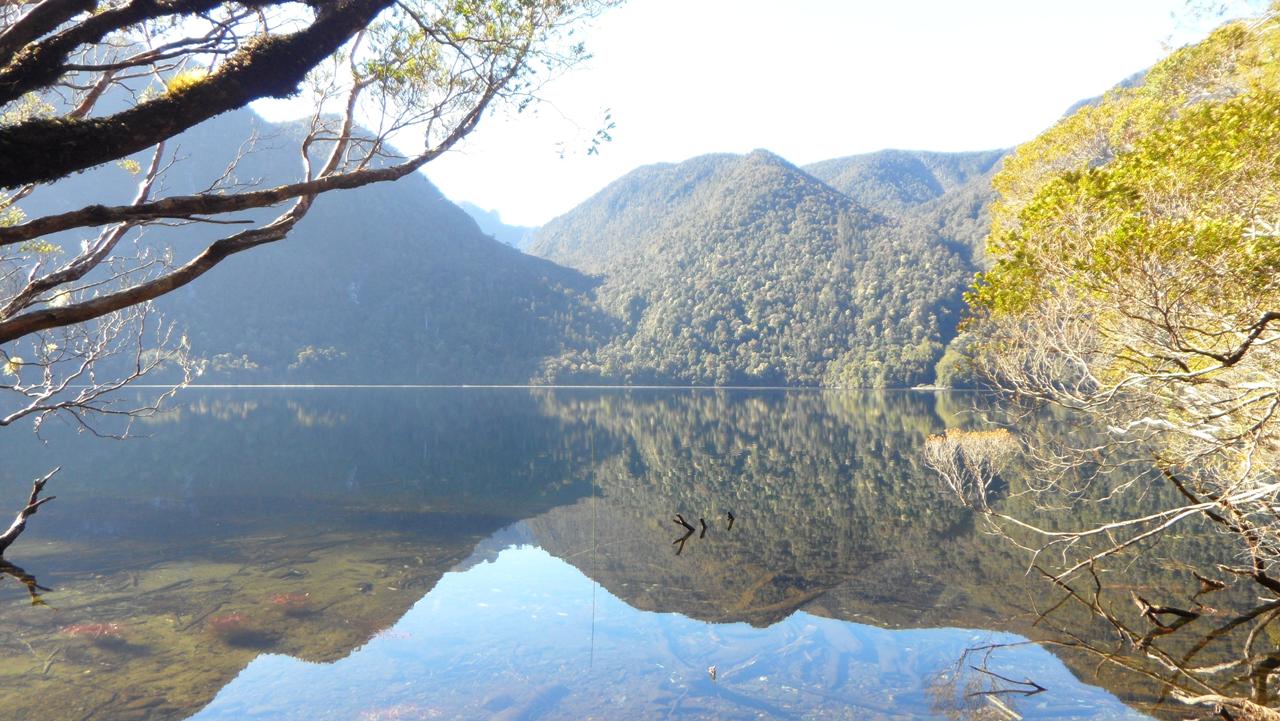 Huge swathes were cut down by the Spanish conquistadores, but some have survived and deep in the Parque Nacional Alerce Andino is an area known as the Cathedral Of Alerces. It is the last surviving zone where only Alerces grow, and it can only be reached by following a precarious footpath across rivers and swamps for over 5 hours. During a trip to Chile in late 2013, I decided to go in search of this special place.

I arrived at the gates of the park early afternoon by bus and was promptly asked for my passport by the park guard. I realised that Iâd left my passport at my lodgings. The guard cast me a withering look and asked for another form of identification. When I told him that I had none he became increasingly exasperated.

Then he spotted the âJustice For Victor Jaraâ badge that I was wearing and his tone softened. Victor Jara was a visionary singer/songwriter and theatre director who was imprisoned, tortured and murdered following the fascist military coup in Chile of September 11th 1973. His representation has become a beacon of hope for all who dream of a fairer and more compassionate world in Latin America. During the dark days of the dictatorship, it was dangerous to even own a record of Victor Jara, and many people threw their records away. The record label that, at considerable risk, continued to put out Victorâs records during those years is called âAlerceâ.

âSo you like Victor Jara?â he asked.
âYup. Want to hear a song?â
I picked up my travelling guitar and sang âTe Recuerdo Amandaâ. The guard listened intently and when Iâd finished he burst into tears.

He apologised, rose and walked across the room, and then sat down again. He said that the song had reminded him of happy times before the military coup. Heâd been teaching social workers in the nearby city of Osorno.Â He and friends would often gather to socialise and sing songs, and âTe Recuerdo Amandaâ was one of them.

In the days following the coup, the course was abruptly terminated and one of his former pupilsÂ denounced him to the military as a leftist.Â He was arrested, interrogated and imprisoned.Â Some of his friends were âdisappearedâ.

He talked of the optimismÂ that was present during the Allende years and that the awful occurrencesÂ during the Pinochet dictatorship continued to haunt him. We chatted for about an hour and then hugged and said our farewells. I apologised for not having any documentation; Ivan gently laughed and waved me off as I wandered into the forest.

I trekked for a few hours en route to the Forest Refuge where I planned to stay the night in order to be able to make an early start the following morning. The eerieÂ soundsÂ of the forest birds kept me company in the refuge along with a little dog called Pep.

The following morning I rose at 6.30am and started along the footpath towards the Cathedral Of Alerces. After an hour or so of struggling up and down hills through denseÂ  woodland, the trees suddenly cleared to show a crystal clear lake that mirrored the wooded hills surrounding it and the cloudless sky above. I plunged in for a sun-kissedÂ morning swim.

Then it was hours of trekking ever deeper into the green wilderness of the forest, where every bridge over river and swamp seemed to be in a worse condition than the one before. But I could feel the Cathedral beckoning me so I marched onâ¦ until I reached a huge fallen tree trunk that had been fashioned into a makeshift bridge. I stepped onto it and looked down: the rapids and rocks of the River Saragoza were far below me, and Â it crossed my mind that, if I fell, that would be the end of me, and the guard would have to explain why heâd permitted some undocumented gringo to go wandering off into the forest alone.

I noticed that the improvised hand rails of the bridge were non existent in one part, and then I heard the voice of my dear old departed dad saying, âDonât be a fool Tony.â

I managed to carefully turn round on the trunk and creep gingerly back to the river bank.
The Cathedral Of Alerces would have to remain in my imagination.
I dozed for the rest of the afternoon beneath a resplendent Alerce tree.

Tony Corden is co-founder and director of the El SueÅo Existe Festival in Machynlleth.