Intertwining Paths: From Pembrokeshire to Cardiff Bay
by Laura Davies 09/05/18

Laura Davies is inspired by the Planet series Retracing Wales, in which writers responded to different sections of the Wales Coast Path, to reflect on how both Welsh and English shores have shaped her identity, as a person of Welsh heritage growing up over the border.

The English coastline has always been a part of my life. I grew up a short drive away from the Jurassic coast which meant that on the first hint of a sunny day, even if we were gripped by the chill of winter, an excursion to the beach was inevitable. Whether on a dog walk or a trip with friends, my encounters with the various edges of England have been a regular experience. The Welsh coastline, on the other hand, has had a more strained relationship with my sense of self, yet one which has stood out to me more than any memory of an English beach ever has. Although I grew up in England, my entire family are Welsh. My upbringing has meant that Iâve always felt a certain distance from the land of my ancestry. Yet both my memories and the lull of the Welsh waves simply refuse to disappear from my consciousness, cropping up time and time again to surprise me with new experiences.

My first memory of the Welsh coastline dates from 2006. I spent that summer residing in a family friendâs cottage in Cenarth, and as a result I became acquainted with the Pembrokeshire coastline. To my nine-year-old self it was the most magical place in the world; many of the beaches are studded with caves and large rocks permeate the landscape like the sunken teeth of the fabled Welsh dragon. Even the more commercialised areas such as Tenby North Beach contain traces of rugged nature in the form of these spiky rocks. On one particular outing, I remember finding a hidden, empty beach only accessible by a small footpath, and as I wandered along its sands I noticed that the nearby cliff was threaded with tiny waterfalls. At the time it felt like a secret place that no other person had ever explored before, though of course this could not have been true. I can also blame the beaches of Pembrokeshire for my love of rock pooling; even to this day I will rummage through the salty puddles looking for crabs or starfish with childlike enthusiasm. Pembrokeshireâs beaches were the perfect backdrop for me to explore and release the joys of childhood, and I remember feeling connected to my Welsh heritage for the first time in those salty waters. After the summer in that cottage a good few years passed, and both my childhood and the Pembrokeshire coastline faded from my consciousness, replaced with the overpowering tides of adolescence and my English homeland. But that wasnât the end of my story with the Welsh coast. 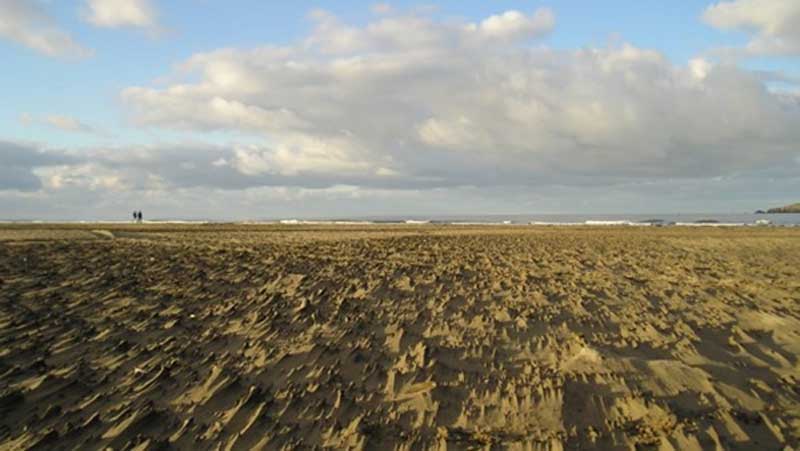 I suppose with my heritage it was no surprise that I chose Cardiff University as my place of study. My prim and proper Englishness clashed with my Welshness and yet I secretly desired some strange reconnection to my Celtic roots, so there I was, pulled back into that obscurity, eager to explore myself in the heart of a Welsh city. Although I had visited Cardiff in my early youth, my memories were limited to foggy outlines of the cityscape. Coming to Cardiff felt like visiting a distant relativeâs house; familiar yet strange, an uncanny territory. But when I first explored its streets I was shocked by how English it felt. The high street was adorned with all the familiar chains, Primark and McDonalds flashing their bright signs onto the pedestrians below, enticing them inside with promises of flashy, mass-produced goods. Cardiff had the overpowering smell of a city, an English city, despite the legions of rugby fans bellowing out âHen Wlad Fy Nhadauâ in the nearby pubs and Principality stadium. Quite possibly the most distinct scent was the smell of money. Ever since Cardiff became the capital of Wales in 1955, hundreds of millions of pounds have been pooled into it to create a consumerist paradise that would place it tentatively on the map beside the rich cities of England. By heritage Cardiff was Welsh, yet such rampant commercialism had seemed to place it on the wrong side of the Severn Bridge. I could not fathom seeing this hungry, capitalistic monster as a true representation of Wales, and I was disappointed by its lack of Welsh character. But this idea changed for me during a trip to the Bay.

When I first hopped on the train from Cathays to the Bay, I had only the faintest idea of what it would look like. It was only when I arrived that my memories came back to me â the shape of the Wales Millennium Centre, the Norwegian church, I even recall looking at the bronze âPeople Like Usâ statues with wide childish eyes. But once that cheerful recognition wore off, I couldnât help but notice how stark the buildings were against the harsh blue of the sky; they stuck out like dropped jewellery on the otherwise flat landscape. Like the city centre, the Bayâs search for its own identity was clear from the mismatching array of buildings as well as its heavy emphasis on commercialism. Restaurants, the bowling alley and skating rink, the Olympic sized swimming pool, and of course the Wales Millennium Centre had all contributed to commercialising the Bay and attracting tourists, turning it into a theme park of brightly clashing ideas. Worse still, the Bay felt more like a part of the city than an area of coastline; even the waters were road-like, frequented by taxi-like boats, their edges cut by concrete rather than gentle sands. As I stood overlooking the grey waters my disappointment couldnât be more absolute. Evening came and the sky dimmed, and I turned and walked towards the train station, my ticket already in hand.

But as I walked, the Bay suddenly lit up like a fairground, and the yellow words of two poems loomed over me: âCreu Gwir Fel Gwdr O Ffwrnais Awenâ on the left and âIn These Stones Horizons Singâ on the right. I cowered beneath their sudden ferocity, though after the initial shock had passed I found myself admiring their glimmering beauty. In my mind I traced the outlines of the Welsh words, feeling the familiar and unfamiliar on my tongue, the harsh âwâ and curved âc, and then the plainer, broader English words, bloated with vowels. I realised that I had misread them. The Bay was not ashamed to be an amalgamation of Welsh and English culture â in fact, it embraced this identity. I glanced around me, noticing for what seemed to be the first time just how many different cultures were represented in the form of people, restaurants and buildings. Cardiff wasnât just Welsh and English, but a melting pot of culture, all drawn into those murky grey docks. I realised that I was no different to anyone who had crossed its shores â I belonged, just as they did. The distant waters reflected this point back at me, the gleam of lights almost grin-like. As I hopped on the train back into the capital, I couldnât help but look back at the Bay, at the lights that would soon fade away in the dark, yet still shone bright for me.

Just as the sand and rock are shaped by the tideâs constant patterns, the Welsh coastline continues to ebb and flow in and out of my life, providing me with experiences that help shape and define my identity. Although the deep waters of adulthood loom before me, I have no doubt that those familiar Welsh waters and I will find ourselves crossing paths once again one day, though for now it remains a glimmering light on the distant water, broken only by the sound of a childâs laughter. 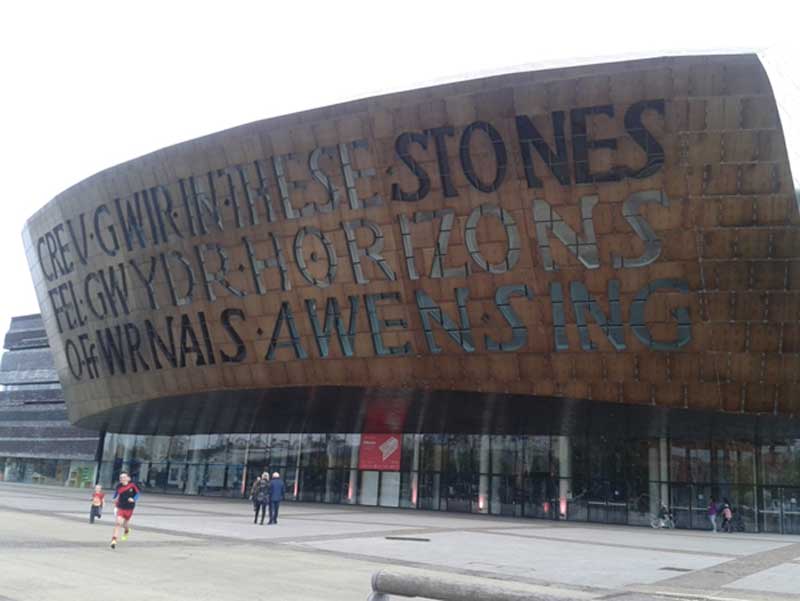 Laura Davies is a third-year BA Literature student at ENCAP