Laura Stevens is inspired by the Planet series Retracing Wales, in which writers responded to different sections of the Wales Coast Path, to reflect in words and images on the contrasting landscapes and seascapes of Cardiff and her hometown Southampton.

Growing up in Southampton, the docks have always been just on the shores of my consciousness. Docks are our doorways to the ocean. The boundary between land and sea, the space in-between the safety of the harbour and the ferocity of the tides. Little notches in our coastlines.

My first memory of the docks places me at the waterâs edge on a sunny afternoon, seeing the angular silhouettes of the cruise ships for the first time, impossibly big against the cityâs skyline. Crowds gathered as the clusters of people walked up the ramps onto the floating palace, gargantuan in the tiny harbour. My parents ushered me and my brothers into the department store across the street, where we climbed to the top floor and pressed our noses against the glass. We craned our necks, straining to make out the tiny figures on the sundeck of the boat, waving until our arms ached. Ever since, I have found myself coming and going from the waterâs edge. I have watched the army of white sails leaving the harbour mouth in the summer, drifting effortlessly round the curve of the coastline. I have spent evenings strolling hand-in-hand through Mayflower Park, a little piece of green land lined with water on one side. In the diminishing sunlight I have watched the harbour lights casting their long reflections onto the surface of the water, as the container ships cut through them brazenly.

When I moved away to university, I found myself at the edge of a brand new shore. During the two years I have spent in Cardiff, I have been lucky enough to explore several sections of the beautiful Wales Coast Path: the first coastal path to run continuously around a nationâs coastline. While the path loops extensively up and down the entirety of the country, my favourite section seems to remain right on my doorstep. Just like my hometown, Cardiff is perched on the edge of a large industrial dock, a mere stoneâs throw from the bustling city centre. During my frequent visits to the area, once known as âTiger Bayâ, road signs and billboards flash by. My eyes are constantly drawn by the word tiger, and I wonder about life at the bay before its multi-million pound makeover. 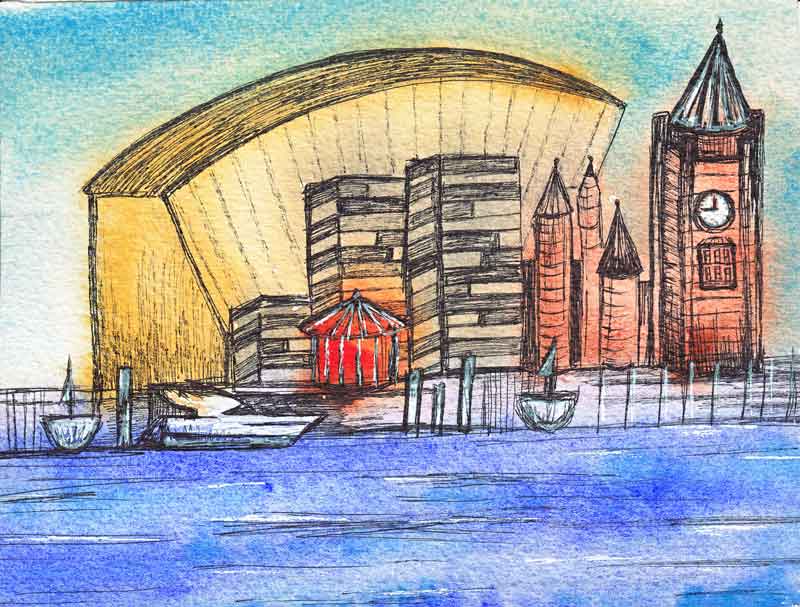 Cardiff Bay is a place steeped in history as well as beauty, only recently regenerated from its post war abandonment, and the story of its past is something that is unmistakably embedded in the stones I walk upon as I explore the coastline. The dock became a hub during the industrial revolution, bringing goods down from the Welsh Valleys, and trading with partners from India, America and Europe. It was also one of Europeâs oldest multicultural communities. The iconic Coal Exchange saw the signing of the worldâs first Â£1 million cheque, legitimising the scale of the business flowing in and out of the harbour. Here coal was king. It is rumoured that the name âTiger Bayâ was drawn from the ferocity of the tides and deadly currents that undercut the water, dragging away from the shore to reveal wide expanses of mud flats at low tide.

The image of cargo ships trawling in and out of the industrial waterfront, set against a smoke saturated sky, sits in stark contrast with the current buzz of tourists and holiday makers, a snapshot of blue skies and ice creamed noses. Today, the tiger remains in its cage. The water from the Taff and Ely Rivers are brought to a standstill, impounded behind steely gates. The newly constructed Barrage path closes the gap between Mermaid Quay and Penarth Marina: a two mile walk on a raised limb of land across the water, cutting a little portion of the sea away from the rest. Inland, the water of the bay is calm and relatively still. Swans hiss protectively when you walk too close to their nests, and salesmen yell out at tourists, urging them to step on board their open top river tours. From the land, the bay appears sheltered and enclosed, a cove teeming with wildlife, lined with restaurants and cafes. It is only when you step out onto the Barrage that you can see beyond the bay. As you walk, water stretches away from you on either side. The wind that couldnât reach you inland whips at your hair and pulls your hood away from your face, cackling with glee. The water disappears over the edge of the world, a cloud of breathy mist erasing the horizon. The sea rolls and churns, unapologetically fierce as Welsh weather seems to be. 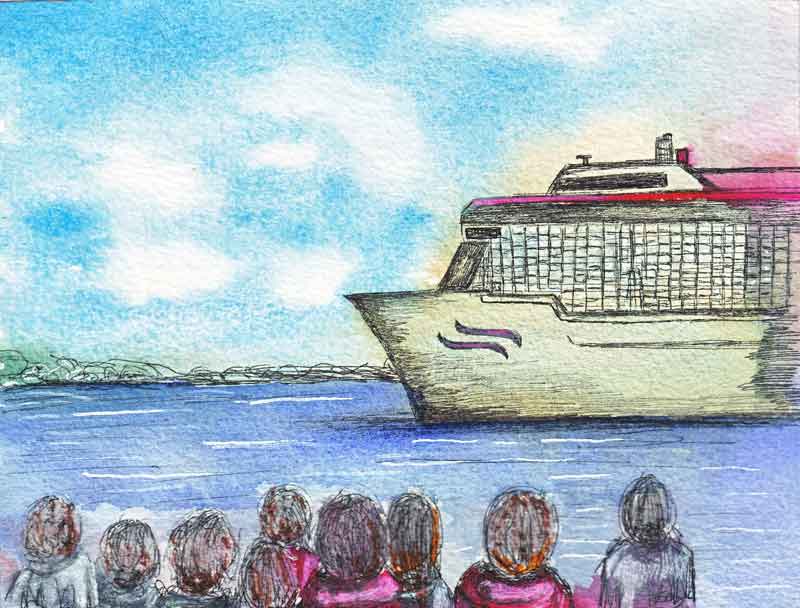 The emergence of the Barrage path not only represents the constant evolution of the Welsh coastline, but it forms an important link in the chain of the Wales Coast Path. The short walk across the Barrage connects Cardiff Bay to the beautiful town of Penarth, otherwise separated by a large expanse of water. Now, walkers and cyclists can flit between the two headlands, enjoying the tranquil seascapes with lungs full of ocean air. This puzzle piece is just one example of the great power of the Wales Coast Path to bring people together. The hundreds of miles of footpath allows tourists and residents alike to explore the uphill climbs and downhill slopes, the pastoral beauty and industrial hubs, the wide expanses of ocean and the hidden rocky coves that this country has to offer. Cardiff Bay is the gateway to this nation, steeped in Welsh history and linked inextricably to its own heritage, sewn together with a rambling coastline. However, my position on the Barrage allows me to look outwards as well as inwards. I stand on the dock gate and watch the boats on the horizon, wondering which of them have been sent from the docks where I grew up, or from even more distant shores. Nations are shaped by their connections to the rest of the world, and to me, the Bay will always remind me of home: a dock for weary travellers, and a doorway to the rest of the world.

Laura Stevens is an undergraduate student at ENCAP, Cardiff University