The Corrosive Threat of Climate Change 19.05.20

Aberystwyth University student Alice Hollingsworth-Hallett reflects on the fate of the seaside village of Fairbourne in Gwynedd, which will be the first community in the UK to be decommissioned and relocated due to climate change. She relates the wider political dilemmas this issue throws up, and the devastating impact on local residents.

This feature is published as part of Aberystwyth Universityâs Ambassadorship scheme and hosting partnership with Planet. 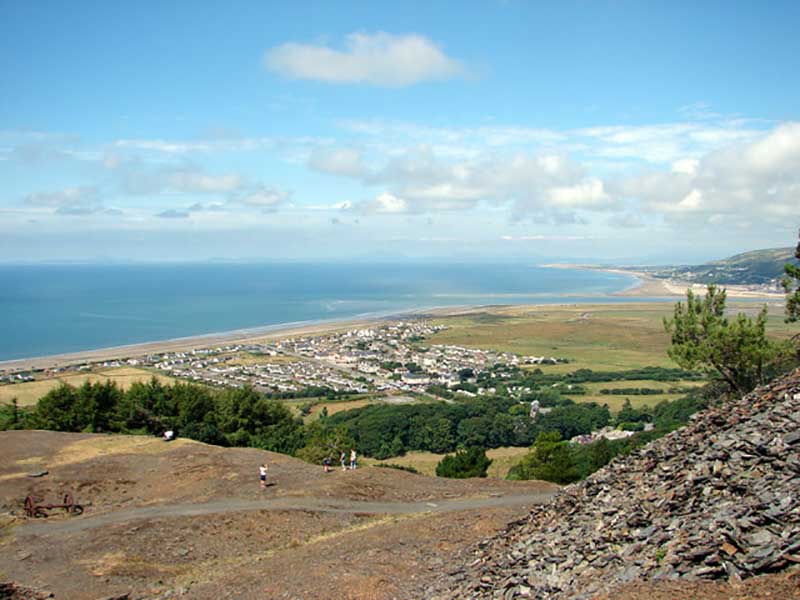 Home is where the heart is. Or so the saying goes. Itâs a place that roots us and makes us feel safe. But for the residents of Fairbourne, their roots and homes are in constant danger from the storms that have become endemic to the British winter. Over a hundred years of human history, drowned by the waves of something monstrous that we still do not understand: Climate change is the monster under the bed for the new generation and the phantom that haunts the village of Fairbourne with every drop of rain.

The village of Fairbourne is the first community to fall victim to climate change in Wales, and Britain as a whole. Suffering from flooding at the coastline as well as due to the nearby Mawddach estuary mouth, it will become the first community to be decommissioned â the official date is 2045 â because of the costly upkeep of flood defences. These defences are imperative to Fairbourne's survival, with much of the town being under sea level. However Fairbourne is not the only community to be regularly flooded, as shown by the storms earlier this year. Settlements on Englandâs Holderness coastline, even with historical erosion accelerated by climate change, have not been publicly revealed to be faced with decommissioning. The decision to decommission is in the hands of Gwynedd Council who have made the final call on the basis of not having the financial resources for the upkeep of the sea wall that protects the village.

The decision of Gwynedd Council to decommission both the village and its sea defences is one that many councils across Britain will have to consider. Old sea defences are starting to fail with the increased number of storms, whose power of destruction heightens annually. Consequently, the economic costs of upkeep of some defences are starting to be seen as unaffordable; with some communities now facing abandonment. Fairbourneâs eight hundred residents and contribution to the tourism industry are not deemed important enough to be saved.

Climate change even affected my Fairbourne experience, or lack thereof. Due to unusually severe storms closing the train line between Aberystwyth and Fairbourne before the pandemic lockdown, I was unable to meet residents and acquire a first-hand understanding of the crisis these people are facing. In this way, this article â just like the town of Fairbourne â has been tainted by the effects of climate change.

Fairbourneâs situation is uncharted territory â just like the climate change behemoth itself. There is no established legal procedure or governmental policy for Gwynedd Council to follow, nor is there a national strategy. Not that this is any consolation to residents whose lives have been forever changed by the decision to decommission. Their house prices have fallen, and mortgages for the village houses are difficult if not impossible to attain, leaving many residents unable to sell and move, stuck in Fairbourne until they are faced with mandatory relocation, which could be months or decades into the future. It is a bleak prospect for the villageâs residents: they lose the ability to choose; as well as likely being displaced from the place they call home. To add insult to injury, due to the councilâs ever-smaller budget it is unlikely that any of these residents will receive compensation for their relocation, and the Welsh Government is under no legal obligation to provide compensation. Instead, many residents are fearful that they will have to pay these costs themselves. With the lack of precedent in the UK, the question of allocating resources is a complex one that falls between local government, the Welsh Government and Westminster. Fairbourne has the potential to become a thorn in the side of the UK Government with regard to the issue of the priority and protection of Welsh citizens within UK politics.

The residents of Fairbourne are facing an uncertain future that will see them become members of a club of people around the globe who will be uprooted from their homes by climate change, should there be no change in global emissions. This future will also risk residents becoming, or being perceived as ârefugeesâ â a label that has not generated much sympathy in Britain over recent years.

Fairbourneâs future does not only highlight Britainâs lack of preparation for the effects of climate change, but the widening divide between England and Wales. While a large proportion of north Walesâ communities are Welsh-speaking, Fairbourne is not. The village is a popular destination for English retirees, who are keen to spend their retirement alongside beautiful beaches and countryside. Should the village be decommissioned, there is a high likelihood that Fairbourneâs residents will be interspersed between north Walesâ various communities; with no guarantee that Welsh-speaking communities will accept them â nor do these villages and towns have the infrastructure to support them. Furthermore, what will be the impact on the Welsh language if people are relocated to communities where the language already faces unsustainable pressures? Fairbourne will be a lesson in tolerance for everyone at a time when there is seemingly so little.

What will it mean to be a climate refugee? The answer is unclear for now, but with many people facing the prospect of displacement, the future is uncertain. The rising trend of states across the world closing borders and restricting freedom of movement doesnât bode well for those who will be losing homes and livelihoods. Migrants and refugees are increasingly seen as corrosive threats to nations; as such they face numerous barriers to resettlement and lack of government funding. Will this be the same for the residents of Fairbourne â internal refugees â who feel like not only their village but they themselves have been decommissioned?

While there are many questions still unanswered, Fairbourne is facing the prospect of being abandoned within our lifetimes. A village with over a century of history, a beautiful home to around eight hundred residents, lost to a rising sea. But will Fairbourneâs plight serve as a wake-up call to the consequences of climate change? Only time will tell. And time is running out.

Alice Hollingsworth-Hallett is a second-year undergraduate student in International Politics at Aberystwyth University.