Bill Rees scoured the margins of land and sea in pursuit of the enigmatic Welsh scholar, linguist and tramp, Dic Aberdaron

Dic Aberdaron. One night I even dreamed about him, picturing his floppy hat, and his coat bulging with books. He had lived at the turn of the 19th century and now occupied my thoughts at the beginning of the twenty first. My interest in him had evidently transformed into an obsession; a book in waiting.

At its root was a poem by R. S. Thomas, describing a farm labourer (in appearance only) with a book under one arm. I was much taken by the third verse â âhedge poet, a scholar by rushlight?â â capturing as it does the romance of a gypsy savant, traipsing the highways and byways of Wales before the advent of electricity.

I chanced upon the poem in Bangor University Library. It was early January 2011 and I wasnât then aware that the great Welsh poet was deciphering in verse (or rather acknowledging how difficult it was to decipher) a drawing which had hung in his home in Aberdaron. From 1967 until 1978, R.S. Thomas was vicar of St. Hywyn's, a church by the sea.

The poem is simply entitled Dic Aberdaron, the geographical nickname of Richard Robert(s) Jones who was born on the LlÅ·n Peninsula and raised there in utmost poverty. According to the parish register, now kept at the Gwynedd Country Records Office in Caernarfon, he was baptised 4 June 1779, a whole year earlier than is commonly thought.

Before discovering the poem, Iâd only a vague idea of who Dic Aberdaron had been. In the Gwynedd Museum at Bangor Iâd seen the picture of a tubby fellow with a swarthy complexion and a shock of black hair. Some terse biographical text revealed him to be âDic Aberdaron, 1780-1843, (who) was a well-known travelling linguist originally from Aberdaron. He looked and lived like a tramp, and could speak several different languages.â This provoked mild interest, but lacked the poetic potency of an R.S. Thomas description. Only after reading his poem did my pursuit of the peripatetic scholar begin in earnest.

I had some obvious leads, like the biographies of Dic Aberdaron written in an attempt to explain the enigma of how an impoverished and unschooled man taught himself umpteen languages, including Greek and Hebrew. And in a diverse selection of documents (newspapers, letters, poems, parish records, antiquarian travel books), I sought as many references to Dic Aberdaron as I could find, which involved long sessions in the Shankland (Welsh) library at Bangor University and trips (mostly by bus) to the National Library of Wales (NLW) in Aberystwyth. Mention was made of his love of cats, the ramâs horn slung around his neck and his pursuit of esoteric knowledge.

He came across as an eccentric but it certainly wasnât for show. Used in Jewish religious services, a shofar (×©××¤×¨) is a ram's horn. The instrument comes in a variety of sizes and a letter, written by Dic Aberdaron in 1837, reveals that he fashioned his own. Some people said he had the gift of summoning demons. Such rumours were not discouraged when they brought privacy. So it was in his interest to cultivate an aura of magic and mystique. As Robert Ellis (Cynddelw) comments, 'â¦ he had some inclination towards raising spirits and witchcraft. But I believe this was done in order to intimidate the common people, and to gain for himself a little respect and protection.' 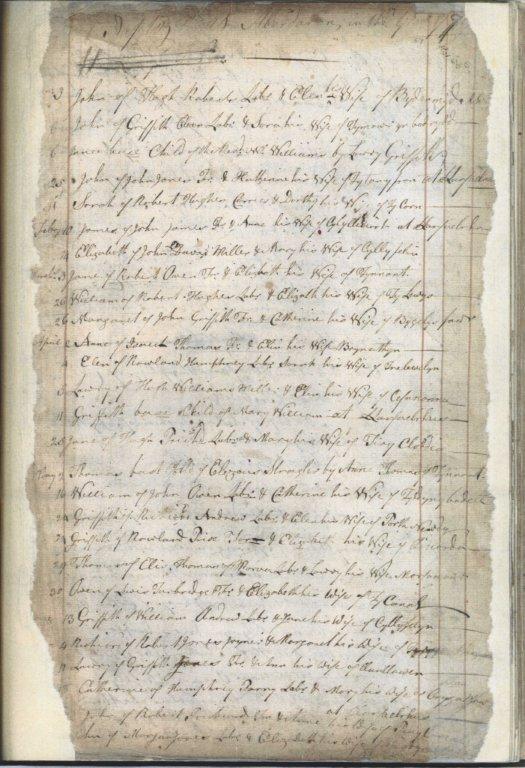 My trade as a book dealer resulted in the finding of an antiquarian guidebook that served like a time capsule, providing invaluable background detail, for The Touristâs Guide to the County of Caernarfon by Reverend Williams had been published in 1821. Travelling was a key aspect of Dic Aberdaronâs life too (done in a decidedly rougher manner than Reverend Williams) and I felt obliged to do some of my own, to extricate myself from the Shankland reading rooms.

In planning an itinerary, it became apparent that Dic Aberdaron chose to linger in places where you could smell the tang of the sea: Aberdaron, Bangor, Bagillt, Caernarfon , Dover, Liverpool and Llanrwst, which, being on a tidal stretch of the Conwy, isnât so out of synch with the marine theme. His stay at Llanrwst was short but it was where his magnum opus â a Welsh, Greek, Hebrew lexicon â came nearly to be printed. In between visiting these places, I regularly strolled the slate-strewn Siliwen, my local beach on the Menai Strait.

I imagined Dic sailing with his father en route to Liverpool to sell fish and lobsters. It was important, I sensed, to link Dicâs life to landscape and seascape. The Menai Strait became an entry point into history â a slightly deluded concept perhaps, but strengthened nevertheless by the codeine I took to alleviate painful headaches caused by a spasmodic neck muscle.

I also envisaged the coastal routes Dic Aberdaron might have taken when he was travelling alone on foot. Despite ceaseless peregrinations, he seldom ventured far inland. Born and raised by the sea, he lived most of his adult life on the margins of land and water, which, converted into metaphor, provided a potential insight into his linguistic obsessions. He even learned languages from books washed up on the beaches from shipwrecks â sometimes his only means of accessing literature. Latin came first, quickly followed by Greek and Hebrew, languages freighted with biblical associations. The bible was a source of his visions, which feature repeatedly in his memoir. Kept at NLW I can easily recall the excitement I felt at reading Dicâs autobiography for the first time, and discovering its strange syntax and uncensored thoughts.

I have done likewise: my book on Dic Aberdaron contains confessional musings, uninhibitedly voiced. I hoped to convey my confused state of mind as this investigation, of a peculiar kind, proceeded. Into it I wove fictionalised episodes (in the present tense) of the wandering polyglotâs remarkable if poverty blighted life. One dedicated to the study of languages.

The bookâs overarching theme developed of its own accord: the importance of education and how crucial it is to a personâs sense of well-being; the importance of having the means and freedom (an even greater privilege in Dicâs day) to open a book without fear of disturbance.

In 1843 Dic Aberdaron died penniless at St. Asaph, where he was buried. I visited his tombstone, paying homage to a free spirit, and then walked up the hill to visit the cathedral. This was where his labour of love â a Welsh, Greek and Hebrew dictionary â was said to be. But inside there was no sign of it. My efforts to track it down came to nothing.

I confess that my search for it, and for Dic Aberdaron in a more abstract sense, was a desultory process. I was a faux scholar wishing to give the impression of a genuine one going off-piste. But despite this I clung to the idea of Dic Aberdaronâs indomitable spirit, intending my book to be a tribute to his perseverance.

Living between Bangor in North Wales and the CÃ©vennes in France, Bill Rees endeavours to write about both places with affection and insight.

The Cathedral of Alerces

A series of striking images of Ardudwy by Aled Gruffydd Jones