Simon Brooks responds to the National Assembly for Wales's election, 2016 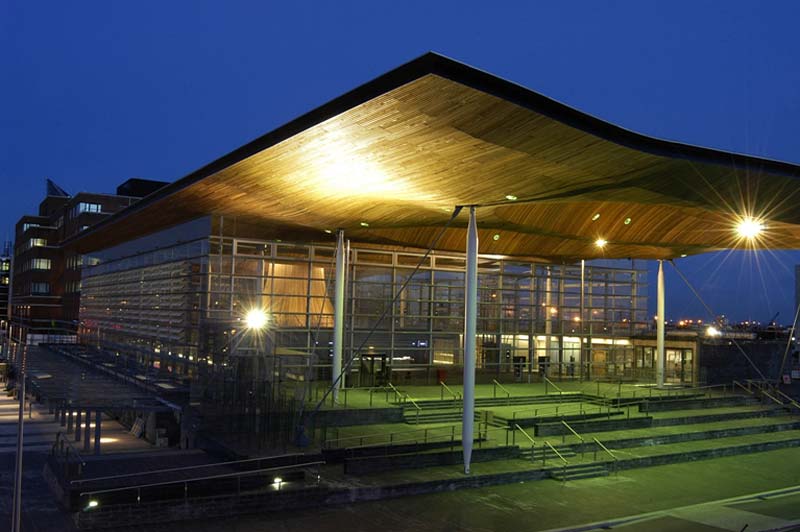 It was a very good election for the Labour Party, and Carwyn the Cheshire Cat smiles on. For we have âoften seen a Labour cat without a grin but never a grin without a Labour catâ. And so the one-party state is with us still. Twenty-nine Assembly Members is enough to form a minority administration, and there is no benefit for either Plaid Cymru or Labour in forming a coalition. Wales is blessed, like Singapore, with a very Asian form of political stability, although in the Far East this at least has the upside of bringing with it economic growth.

It was Llanelli wot won it. Congratulations to Lee Waters AM who, if he was Scottish, would probably be in the SNP. But the fault-lines of Welsh politics reflect a different cultural reality, for as UKIP and the Green Party always seek to remind us, we are part of âEngland and Walesâ. Let us remind Lee and other good men and women in Labour of their responsibilities. In the former Soviet bloc, it was internal revolt within the unionist socialist parties of government which delivered freedom for the Baltics and other places. And if the UK leaves Europe, and Scotland leaves the UK, and England lurches to the authoritarian Right, the Labour Party in Wales will have to reassess its views on the constitutional question.

The Tories screwed up losing three seats on the list. They would have lost Aberconwy too had it not been for UKIPâs strange decision not to nominate a candidate at the last moment. Results in the capital were very disappointing as well. It is difficult to understand why the Conservatives are led by Andrew R.T. Davies, when men (where are the Tory women?) with so much more intelligence, charisma and vision idle on the back benches.

The Liberal Democrats collapsed which is a shame because, looking beyond the clichÃ©s, both Aled Roberts and William Powell were good politicians. But the âprogressiveâ centre of Welsh politics is very crowded with âprogressiveâ parties. Furthermore, âprogressionâ is not flavour of the month with the Welsh electorate at the moment. It has been unable to withstand the Welsh collapse into poverty, a failing NHS and a form of internal colonialism imposed on rural Wales not by London but by Cardiff Bay.

And so we have UKIP with its seven AMS. The group is not as weak as its detractors suggest. The gang of seven serves up two former MPs, an MEP and a local historian. But UKIP parliamentary groups like an internal squabble, and it would be astonishing if the Assembly group were to survive the next five years with all their members intact.

Plaid Cymru had a mixed election. The results in key target seats like Llanelli and Carmarthenshire West and South Pembs were bad indeed. But in Aberconwy, Cardiff West, Rhondda and Blaenau Gwent, the party ran brilliant local campaigns. Leanne Wood will now hold the Rhondda as a personal fiefdom for the rest of her political life, and the probability is that both Aberconwy and Cardiff West will fall next time too. The boys in the media can put away their toys because Leanne will be leader for the next five years.

These solid Plaid performances show that the party is most effective when it advances what it often shies away from, an effective narrative of cultural nationalism. Neil McEvoy in his retro Cardiff City tops doing Facebook posts in Fairwater, Leanne Wood as the inheritor of James Kitchener Davies and Arthur Horner, Trystan Lewis as dapper businessman in Llandudno. These were candidates who appealed to âwhat it means to be Welshâ at a local level. Every succesful national movement needs a narrative of the nation, and Plaid Cymru must continue to build this in order to take power. To see what happens to leftist, non-Labour parties that ignore the nation, look at the Green vote!

The great moral dilemma is what to do with UKIP, this disgusting political force which takes so much umbrage at the fact that Lithuanians and Poles come and live in Wales. The Cardiff Bay bubble is so set in its ways that there is a great danger that AMs from other parties, and lobbyists too, start cosying up to UKIP AMs in parties, restaurants and pubs. UKIP views will be noted in committee, and incorporated within unanimous committee reports. And so the centre of Welsh political discourse will shift in a way incompatible with the views of the Welsh people.

Who will suffer from this? It will be the minorities of Wales â ethnic minorities, sexual minorities, Welsh-speakers. Women too, of course. The fight against the Trumpifisation of Welsh politics starts now. The people of Wales have given our Assembly Members a democratic mandate of 87% (a landslide!) to reject UKIP politics, and we expect AMs to deliver on this. In other European countries where the radical Right has gained a foothold, other parties have closed ranks in order to leave those who ramble on about rubbish bags and immigrants without political influence. There needs to be a similar commitment in Wales. A cordon sanitaire must be thrown around UKIP. This cordon sanitaire is how we as Welsh citizens should exercise our democratic resolve, for with 87% of the vote, the people of Wales have spoken.

Dr Simon Brooksâ latest book is Pam na fu Cymru (Why Wales never was), a comparative study of Welsh and European history which sees the successes and failures of Welsh nationalism today rooted in the discourses of the nineteenth century.

Huw Williams ponders the implications of UKIP success at the Assembly, 2016.

Mike Parker gives his account of the controversial Cambrian News distortion of his 2001 article in Planet, and is troubled by what this episode tells us about the media and the politics of race today.