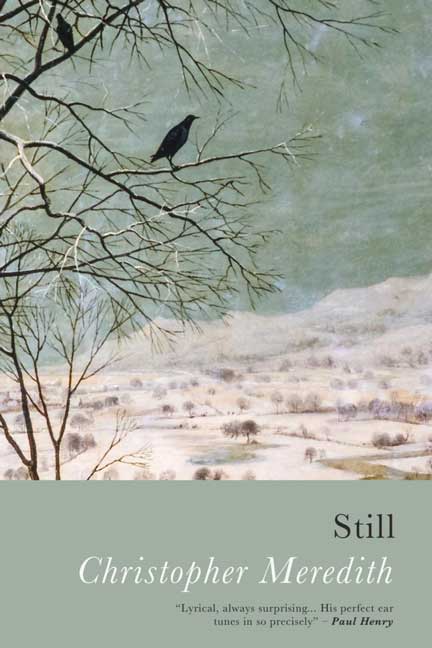 The title of Christopher Meredithâs new collection of poems, Still, is a pun, the perceptive and often creatively resonant holding-together of more than one meaning: âstillâ as lack of movement and âstillâ in its chronological sense. The two meanings come together in the epigraph to the first poem, âMoving pictureâ: âMemory dislikes motionâ. Memory catches a moment in time, stills it, indeed distills it: intensifies it. But at the same time the moment is paradoxically dynamic, vital, poised: âthe journey always incomplete and moving / still?â. In the title poem a random childhood memory freeze-frames an almost visionary glimpse of his grandfather, backlit by the sun on a stairway landing: âMemory is the still of slow forgettingâ. And we are aware that a âstillâ can also be a single frame from a motion picture.

Tony Brown is Professor Emeritus and Co-Director of the R.S. Thomas Research Centre at Bangor University.