Review:
Land of Lead: The Story of Four Generations of a North Ceredigion Family
by Brian Davies
From Planet 243

Ioan Lord
reviews
Land of Lead: The Story of Four Generations of a North Ceredigion Family
by Brian Davies 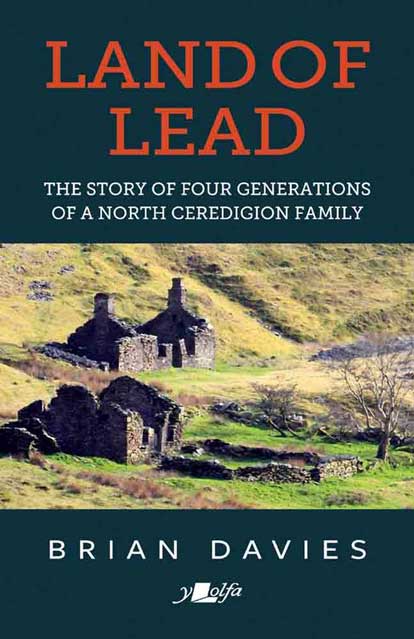 In late January 2020, a few friends and I were standing about 750 feet below the earthâs surface, having abseiled down a disused mine shaft on a rope near Ysbyty Ystwyth, Ceredigion. After digging our way through a collapse of boulders which barred our way forwards, we found ourselves able to clamber through a gap and into a length of passage which had not been seen for nearly 140 years. The last miners who lived in Ysbyty Ystwyth and Ffair Rhos had been forced out of work during the 1880s, leaving this passage abandoned and unseen since that time. However, all of their tools remained propped against the wall, as well as their hobnail-boot-prints in the mud on the floor which were as clear as if they had been made less than an hour ago. Time moves slowly in these lonely, subterranean places, and it is the urge to protect, document and conserve the memories of these people which attracts me to them.

Ioan Lord comes from the former metal mining valley of Cwm Rheidol. His publications to date include Rich Mountains of Lead: the metal mining industry of Cwm Rheidol and Ystumtuen (Vale of Rheidol Railway, 2018), and Worn by Tools and Time: Ore from mid-Wales (Lolfa, 2020). He has appeared on television programmes such as Cynefin (2019 and 2021), Underground Worlds (2021) and Antiques Road Trip (2021)