Mike Joseph draws on his family history of fleeing the Holocaust, his uncleâs involvement in the violent expulsion of Palestinians, Foreign Office records and a Welsh sculptorâs recollections of army service to pinpoint an under-examined dimension of British complicity in contemporary suffering. 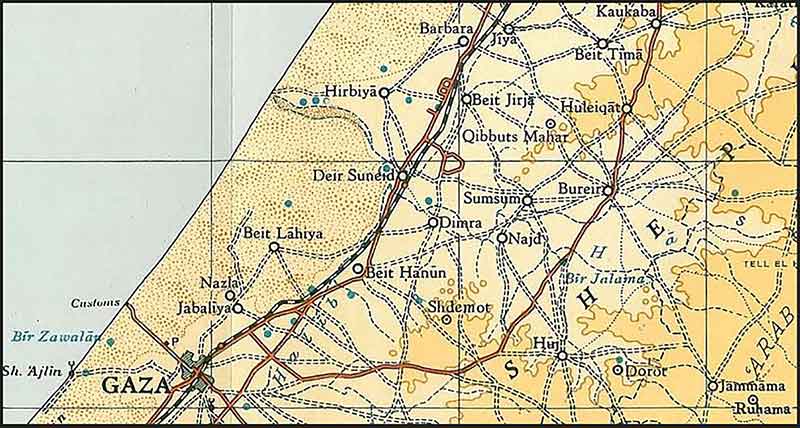 Two days before British Palestine became Israel, on 12 May 1948 my uncleâs Palmach brigade conquered and cleared Bureir and neighbouring Najd, Sumsum, Huleiqat and Kaukaba. All available brigade fighters (many of them Holocaust survivors like my uncle) occupied Bureir. Brigade fighters killed villagers, executed dozens of army-age males, and raped and murdered a teenage girl. The Jewish-controlled road to Gaza filled with fleeing Palestinians. Soon Beit Tima and Huj were conquered, twenty villagers killed, survivors expelled to Gaza.1 From Kaukaba in the north to Huj in the south, Palestinian expulsion was complete â under British rule.

Mike Joseph is a Welsh-born son of German-Jewish refugees, his motherâs family having being killed in the Holocaust, his fatherâs family escaping to become the generation that established the Israeli state. He is producing a documentary narrating this conflicted double inheritance. See https://mikejoseph.wales/