A series of pieces responding to the Wales Coast Path

Pencaer: From Strumble Head to Fishguard
by James Stewart 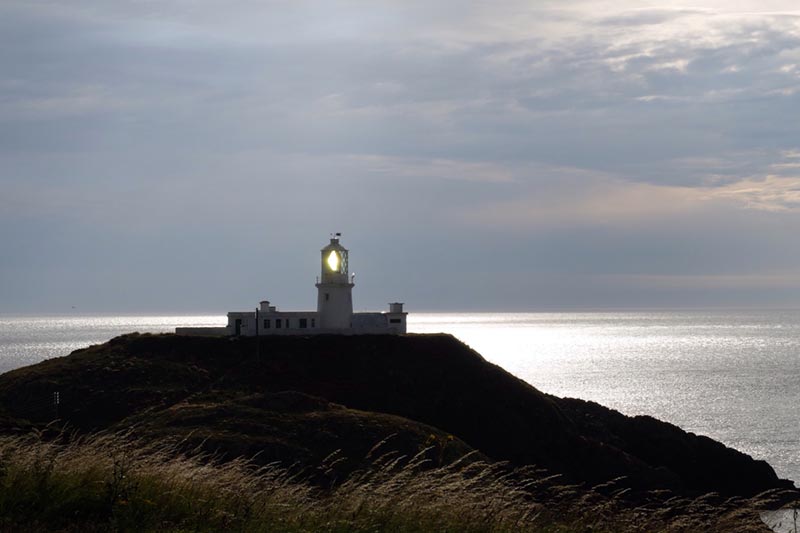 My background is deep and set in deep time, and in a narrow space. Alan Garner, Quoted in âAlan Garner: a life in booksâ, Alison Flood, The Guardian (17 August, 2012).

In his latest novel set on Alderley Edge in Cheshire, Alan Garner probes time and place, locating events across millennia in a landscape whose physical features have remained essentially unchanged. In an enlightening but disturbing way, his main character is acutely aware of place, past and present. Garner links the âdreamingâ of early humans, grappling to comprehend the earth and the stars, with the radio telescope at Jodrell Bank, which is probing the very edges of the universe, reaching back towards the beginning of all things.

Above Pencaer, the skies are dark and â even with the naked eye â you can see a long way back. A clear, moonless night is a revelation, with the Milky Way blazing its trail across the firmament. Itâs a rare sight in much of the British Isles, where a cloudless sky reveals only a few stars â the rest outshone by light pollution from towns and cities. One dark night, with a cheap telescope, a friend and I discovered the moons of Jupiter. Galileo had looked at them before us, but we found them for ourselves, drawn to a bright spot of light and amazed to see four smaller dots arranged in a straight line on either side of what we realised was the planet. The view through an amateur telescope bears no relation to the images captured by NASA, but there is a thrill at seeing for yourself, which must have to do with the directness of experience, the cold of a vast, cloudless night, the silence of the world around â being there, in time and space.

James Stewart lived in Fishguard for several years and is still a frequent visitor to an old caravan on the edge of the Pencaer peninsula.