A series of pieces responding to the Wales Coast Path 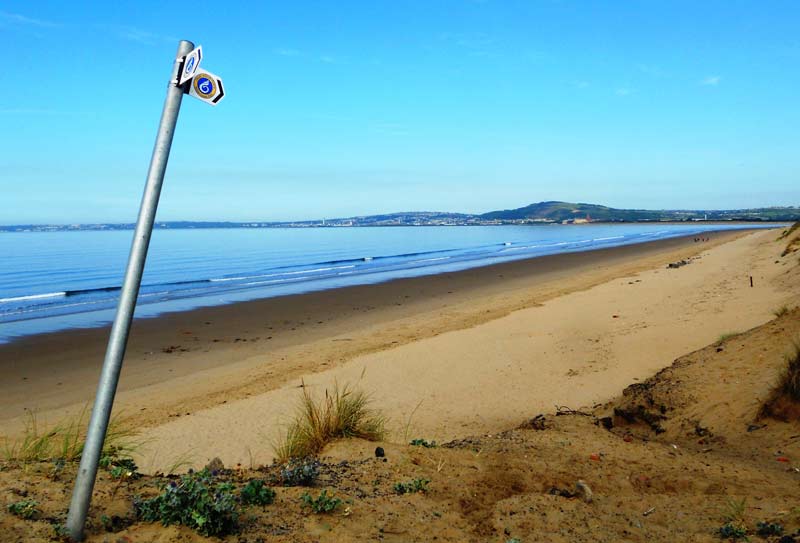 footsteps in the sand we do not walk in straight lines

This was where, fifty years ago, we began our expedition at low tide, down the promenade steps onto the drifts of yellow sand, across a coal-flecked damp expanse to what felt like an unreachable shore (Swansea Bay has one of the highest tidal ranges in the world) and headed west, the marram grassed dunes, or âtumpsâ as we called them, on our right, and all the way to the Ferry Bend.

You wonât find the Ferry Bend on any map â the Ordnance Survey Explorer Map 165 marks the area as âBaglan Bayâ, âBaglan Burrowsâ and âWitford Pointâ â but this is where the land bends north at the mouth of the River Nedd towards the town of Briton Ferry. But maps arenât only made on paper; they are drawn in our memories too, illuminated by our imaginations. And this was the route I took with my sister and friends, drawn by the allure of The Wreck.

Did we ever make it as far as the river? Did we reach Brunelâs 19th century copper slag training walls? Did we ever find the elusive wreck of childhood chatter? Did it even exist beyond our fantasies and inventions?

Lynne Rees was born and grew up in Port Talbot and is the author of Real Port Talbot (Seren 2013). The Hungry Writer, life stories, writing prompts and recipes from the first five years of her blog, is recently published by Cultured Llama. www.lynnerees.com