Howard Williams gives a tribute to Rhodri Morgan, and offers his wider reflections on how the former First Minister contributed to bringing together polarised political and cultural factions in Wales, following the âzero hourâ of the 1979 No result for devolution, and what this meant for the emergence of Wales as a distinctive political community.

Controversy will rightly surround the question of who did most to bring about the Welsh Assembly and ensure its success. The passing of a remarkable character of Welsh politics, Rhodri Morgan, inevitably invites reflection on this topic.

Everyone will start the story — of the emergence of Wales as a political unit of reasonable significance — at a point of their own preference. I have little taste for going back into the murky depths of the medieval past nor to the more accessible periods of the Victorian and the early twentieth century. For me the time at which to begin, and in particular with Rhodri Morganâs passing in mind, is the late 1970s. The abysmal failure of the first devolution vote in 1979 took the progressively minded Welsh person into the darkest places. The defeat of the devolution proposal put forward by the Labour government of Jim Callaghan presaged a collapse of forward-looking forces in Wales and in Britain generally. The humiliation of the devolution vote segued seamlessly into the material defeats and humiliations of the 1980s under Margaret Thatcher, most notably the Minersâ Strike, and the moral disaster of the Falklands War.

In those times it seemed very clear that Wales had given up on itself. Rejecting the lifeline that the prospect of devolution offered, we appeared to have placed ourselves into the hands of a vengeful right-wing hegemony which was to last well into the 1990s. The paradox was that in that period there were historic steps forward in the rest of the world — such as the ending of apartheid in South Africa, perestroika and glasnost in the Soviet sphere — that offered hope of a far better future. That future was postponed in Wales, however, as the result of the collapse and split in Labour in Britain and the effectiveness of right-wing politicians and their supporters in the UK, the United States and many other places in the world.

1979 was zero hour. A lot of Welsh politics in the following two decades had to do with overcoming that extraordinary setback. Stubborness, patience, good humour in the face of adversity and a new inventiveness in terms of the project of reviving Wales socially and politically was required. Due to the crisis of the British Left and the apparent demise of the idea of Wales this put many in Plaid Cymru and the Labour Party in Wales in the same boat. What was to be done? In those years a quiet coalition grew up — only tacitly accepted by those in Plaid and the Labour Party — between those in each movement who shared the goal of reviving Wales as a political entity and reviving the Welsh economy and society more generally. The Labour Party in Wales became more Wales-minded, and Plaid Cymru threw itself behind a radical socialist platform.

A number of other scholars have noted that for the Welsh speaking person born and educated in Wales there were/are two paths of âgetting onâ in the world. (Letâs assume that all Welsh people still set this as their aim now as well, though the post-modern economy makes it ever trickier to aspire to). There is the path of âworldlyâ or material success where through oneâs talents, educational attainment and intelligence you attain the glittering prizes of a successful career in commerce, industry or the academic world. This path inevitably comes with the assumption that English becomes the main language of oneâs life, though it is always understood that there will be room for Welsh convictions (and maybe fluency) in sport, music and religion. The second path is the more locally rooted one of seeking success through prowess in the language and primarily of course through the contribution to Eisteddfodau and in poetry. This tension between paths of success and achievement must have played a part in Rhodri Morganâs life. His father was Professor of Welsh at Cardiff University, and I have always assumed that Rhodri Morganâs earlier ambitions would have been drawn in a literary direction. At some point he must have decided his future lay in the path of worldly success, gaining a place in the wider world as an important figure in British politics.

What the emergence of the Welsh Assembly has removed is this binary choice of paths of success for Welsh people. And ultimately its scrapping gave Rhodri Morgan the charmed life that we all came to admire. For the first time âmaking it in the worldâ does not involve deciding whether to devote yourself wholly to Welsh language and culture or throwing yourself wholeheartedly into the English-speaking world, where for many money speaks first.

Good fortune and persistence put Rhodri Morgan in the right place at the right time. Living through the debacle of the first devolution vote he knew how it mattered to nurture your Welsh roots, to live those hard times together, and never lose sight of a better tomorrow. He made the choice to go for an Assembly seat, and never gave up trying to be elected the Labour Partyâs leader in Wales. A Cardiff man, who could sense the scepticism of the people of the city for the devolution project, he brought the people of Cardiff over slowly to take the new national institutions to their hearts. Such good fortune rarely falls to one person: the chance to enrich their own nation as quietly and unostentatiously as Rhodri Morgan did.

Was he a great Welsh poet after all? 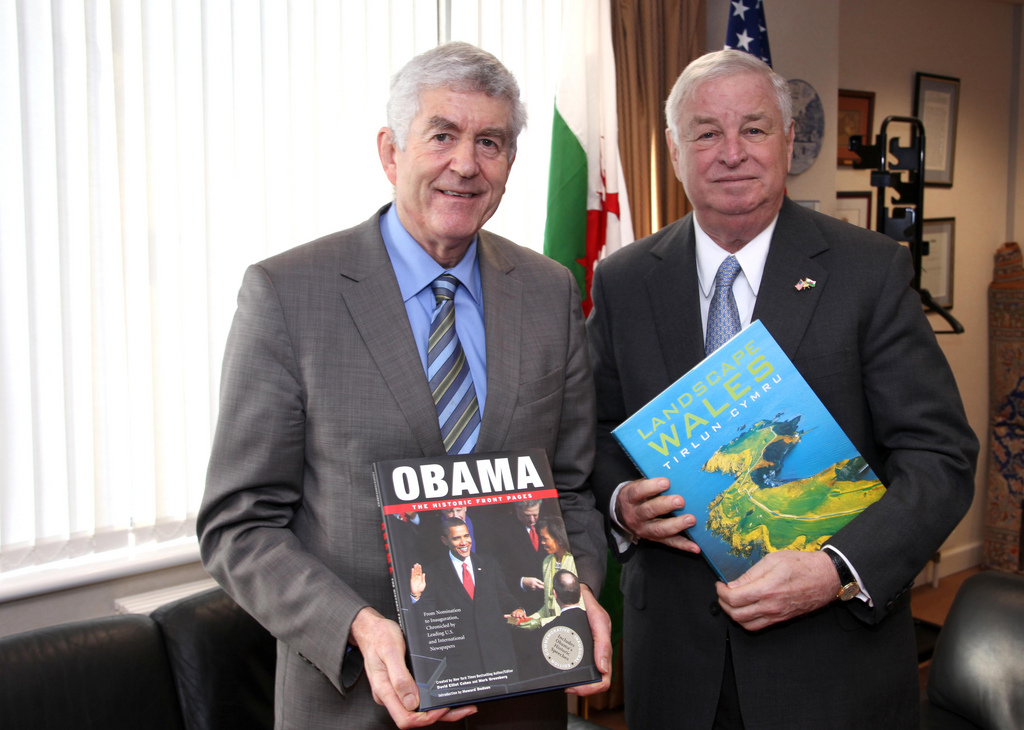 Howard Williams is Honorary Distinguished Professor at the School of Law and Politics, Cardiff University.

An Obituary of Joan Baker

PISA and Myths of National Decline

Gareth Rees analyses how a narrative of crisis in Welsh education has developed out of a singular obsession with PISA results. He offers a more positive picture of educational achievement and calls for the Welsh Government to also participate in alternative international studies of pupil attainment; warning of how the PISA results are being used to undermine devolution itself.

This is the twenty-second contribution to our Welsh Keywords series â inspired by Raymond Williamsâ Keywords â which offers contemporary perspectives on contested meanings of words in Welsh and how these shifting meanings continue to shape our society.

Huw Williams offers two potential scenarios for Welsh politics in 2017: one which becomes rapidly dystopian and the other offering possibilities for how Wales can confront growing inequality and xenophobia.