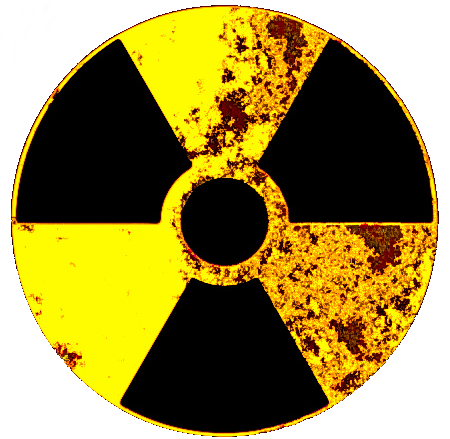 Perhaps itâs fitting that, having surveyed the apocalyptic wasteland that is British politics post-Brexit, a Prime Ministerâs mind turns to actual nuclear holocaust. Long-planned as a works day out for Tory MPs to make friends again after the referendum and a fresh opportunity to paint the Labour Party as a bunch of pinko Commie peaceniks, the vote on Trident renewal bore a distinctly eighties flavour. Appropriate, I suppose, given fashion and musicâs nostalgia for pop socks and synths.

All the old arguments were trotted out. For Tories, nothing mattered more than increasing our stockpile of massive penises missiles. Our legal commitment to disarmament, it seems, requires us to spend enormous amounts of austerity-era cash on the kind of kit that can set a childâs face on fire from 4000 miles away. Thatâs the kind of weaponry that gives you âmoral authorityâ, you know.

It was kind of comforting, the way everybody fell into their familiar postures. Theresa May calmly welcomed the prospect of causing 100,000 civilian deaths: the Mail must be appeased with a blood sacrifice and Boris could have told her that some of these civilians are likely to be 'picanninies' anyway... No doubt Andrea Leadsomâs vote for nuclear death was informed by her maternal âstake in the futureâ. Incoming Prime Ministers spend their first day writing nuclear attack instructions to sub commanders in case the chain of command is broken when WW3 breaks out. I canât help thinking that Theresaâs letter simply says âwhy wait?â

Over in the pale pink corner, nice old Uncle Jeremy quietly pointed out that actual moral authority comes from not threatening to turn your opponentsâ cities into fields of glow-in-the-dark glass, but his enemies in front and behind have been playing Biohazard and Doom for quite some years now and just laughed. Not many of them managed to get beyond the Blairite terror that the rightwing papers might accuse them of being âweak on defenceâ, but one or two managed to line up a few brain cells and bleat âjobsâ, notably that conspiracist fixer from West Bromwich, Tom Watson. In The Observer he explained that the apocalypse was a nice little earner for some thoroughly decent trades unionists. What would these highly-skilled men and women do if we didnât spend Â£179/188/Â£205bn on building planet-killers? My first thought was that handing them Â£1m each would leave us with a few billion to spend on â if the MoD likes â torture equipment for the next millennium, more ships than you could pack into the Atlantic, or a good few yearsâ bribes for Rolls-Royce, BAE and its friends to spend on side-deals with Saudi Arabia. Alternatively, we could spend the cash on retraining these workers to build wind turbines, hospitals, electric cars, solar panels and flying sleighs without even sounding like Mr Johnson and his magic Â£350m per week.

The other side of Mr Watsonâs sturdy defence of mass extermination was that we need it to feel good. Oh, and in case the Frogs cut up rough (I think heâd been watching an old episode of Yes Minister): âWe have been forced to confront questions about our identity and role in the world. For many, this has been painful ... We can no longer depend on the EU to amplify our voice. We can no longer expect our goodwill and good neighbourliness to be taken for granted.â

Perhaps itâs because Iâm from a small, neutral island slightly to the west of the UK, but I and quite a sizeable proportion from Galway to Gaza find it hard to detect much of this goodwill and good neighbourliness. What you can detect on Irish beaches and in the Irish air is radioactive emissions from your sagging atomic outdoor lav at Sellafield. Like most ex-Brits, thereâs something rather, well, American about young Mr Watson explaining that Britain needs to retain the ability to turn your country into a sea of fire because not having nukes in your profile would lead to everybody swiping right on the United Nations edition of Tinder. Itâs the curse of the post-imperium: Britainâs a bit bored, those ingrates around the world are laughing at its Amstrad @mailers and attempts to rebrand itself, so it gets a bad case of itchy trigger finger. Not for Britannia the quiet pursuit of good work and clean streets like the Norwegians and Swedes. Iâm put in mind of the 17th-century epigram:

Oh, England. Sick in head and sick in heart,
Sick in whole and every part;
And yet sicker thou art still
For thinking thou art not ill.

Mind you, Iâm glad Tom Watson bothered to put pen to paper. Who else would blunder into print with this kind of sensitivity?

A failure to renew would lead to the 'obliteration' of thousands of its membersâ jobs and warned many communities would become 'ghost towns'.

Thatâs right: we need the ability to literally obliterate people and turn their homes into âghost townsâ rather than think about our use of metaphor, and because otherwise weâd have to find something else for Britainâs nuke makers to do. I look forward to Tom explaining to the next gun massacre victims that actually the assault rifle trade is very good for local economies. But maybe this is just sour grapes: Britainâs working classes have been left to fend for themselves for decades as every industry slides into bankruptcy but now hereâs Tom to speak up for a tiny group of special ones. Just step over the skulls, yeah? Theyâre part of the next phase of post-apocalypse entrepreneurship. Thereâs a lot of money in decontamination. We pay them in canned goods and geiger counters.

But before you blame the fevered dreams of the emasculated English and bask in the enlightened anti-nuke votes of the Celtic MPs, remember that this posture was Made in Wales: it was good old Nye, father of the NHS, who begged his party not to send him ânaked into the conference chamberâ before explaining like Tom Watson that the best way to âdestroyâ the hydrogen bomb was to, er, build more. In one sexually revealing phrase Bevan encapsulated an imperial terror that united Welsh and English, worker and bourgeois, Left and Right for, it seems, forever: pure political Viagra. Thanks to Nye and his heirs, we can assure ourselves that the queues outside the food banks of Great Britain will be safe under the nuclear umbrella, especially if itâs controlled by Owen Smith, the former CND member who now believes that if we disarm now, we wonât be able to disarm later. No harm can come to our beggars, our children and our jobless while the Independent (ahem) Nuclear Deterrent (really?) we rent from Washington watches over us.*

*Unless someone drives a lorry into them, or flies a plane into them. You know, the types lacking cities and military installations you can nuke from orbit, or who simply donât care. But donât worry, this never happens.

Aidan has been teaching for 12 years across several disciplines. In the English department, he currently specialises in literature and identity. In the field of Media Studies, he is particularly interested in new media theory and practice, public space, media ethics and political campaigning.

Syriza and Podemos for Wales?

Len Arthur looks to Greece and Spain for tips on how to turn the Welsh anti-austerity movement into a political force for change. 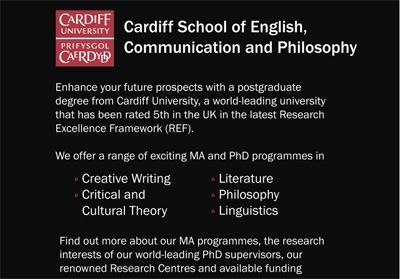