The people of Scotland may have swithered on September 18th, but Stewart Sanderson notes how the result has galvanised disappointed Yes supporters 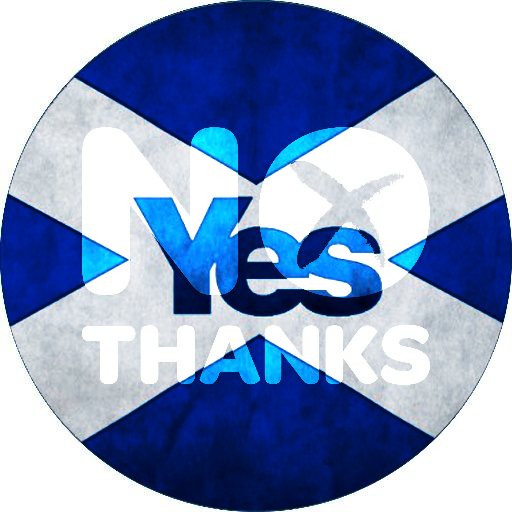 The failed 1979 referendum on a restored Scottish parliament was, the story goes, the catalyst for an unparalleled creative reaction, with writers, visual artists and musicians tracing the lineaments of a state whose actual existence suddenly seemed further away than ever. Had Scotland voted for independence on September 18th, it would have made for a tempting conclusion to this narrative, leaving the nationâs artists free at last to explore the wider cosmos.

At the time of writing, SNP membership stands at over 75,000, trebling in the two weeks after the vote. The Scottish Green Party has also tripled in size, with more than 6000 members compared to 2000 before the referendum. The Scottish Socialist Party has also seen a significant rise in membership. These figures show how quickly the result has galvanised the disappointed Yes supporters. While the Unionist parties can report no similar surge, the voter registration and turnout figures (97% and 84.6% respectively) point to a remarkable degree of political engagement on both sides.

Levels of engagement notwithstanding, it remains to be seen what Scotland voted for. Just under two years after David Cameron rejected calls for a âdevo maxâ option to be added to the ballot paper, the Westminster partiesâ vow of more powers for Scotland, published in the Daily Record forty-eight hours before the vote, seemed a little disingenuous. A few weeks on, Labour prevaricates. The Conservatives talk loudly of English votes on English matters amidst a flurry of defections to UKIP. The Lib Demsâ vision of a federal UK seems, to put it mildly, unlikely to become reality. The Smith Commissionâs report is due to appear late this autumn, with draft legislation to follow early next year. Given that the Scottish population â whatever it may have voted against â decided decisively in favour of further devolution, the substance of this legislation will be crucial in shaping ongoing debate around the national issue.

As the Westminster parties set out their stalls for next May, the paucity of meaningful political discourse on a UK level becomes increasingly frustrating. For many Scots, a Yes vote was a protest against austerity; whoever is in power in Westminster this time next year, austerity will continue. The strongest returns in favour of independence came from those parts of the country worst affected by post-industrial decline, with Glasgow, Dundee, North Lanarkshire and West Dunbartonshire the four local authorities to back Yes outright. Scottish Labourâs coat may be hanging by a shoogly peg, as the old saying goes.

The referendum was, without a doubt, the most exciting political event of many Scottish peopleâs lives. For once, there was actually something at stake; change seemed genuinely possible, however briefly. The fine detail of that change often remained unclear. âWhat do the people want of the place?â Edwin Morgan asked in his oft-quoted poem for the 2004 opening of the Scottish Parliament, âOpen the Doors!â. Scotlandâs first national poet concluded that we âthe people, cannot tell you yet, but you will know about it when we do tell you.â When Morgan died in 2010, he left the SNP one million pounds with which to campaign for independence. Four years after his death, the people have swithered, to use another Scots word, meaning to behave indecisively. It is, after all, hardly a ringing endorsement of the Union when 45 per cent of the Scottish electorate wish to break it up.

It is difficult to tell which was more effective, at least in political terms â Morganâs financial bequest or the store of poetry, drama and criticism he left along with it. This said, in the days after the referendum it was the latter to which I found myself returning, along with the works of many other writers, not all of them Scottish. After the grisly dance of spin and media bias which characterised the whole campaign, but its last few weeks in particular, the poetry of Hugh MacDiarmid seemed to offer a certain barbed catharsis. I couldnât help reflecting that there was a certain irony to his dying in 1978, his death like Morganâs occurring shortly before a referendum.

In many ways, the devolutionary strand in Scottish art and letters is a thin one, the sublimation of a certain kind of populist politics to the creative sphere in the final analysis doing little for art or government, at least in the vast majority of cases. Scotland is far more than the sum of the last thirty yearsâ arguments about independence. More to the point, the world is larger than Scotland. One of the many things I hoped for, in the event of a Yes vote, was the emergence of new models and modes of thought with which to interpret the place where I live in planetary terms. Iâd hoped for more localism, more attentiveness to ecology and minority language, more of an attempt to move a version of democracy worth the name closer to ordinary people. These were all, no doubt, ambitious propositions, considering an independent Scotland would remain a finance-driven, petrochemical economy run by a native elite every bit as rapacious as their southern cousins. The work would hardly have ended with a Yes vote â quite the contrary. In that sense at least, the referendum outcome changes very little.

As I write this, however, the media is awash with UKIPâs victory in the Clacton by-election. It is too early to say whether this will be the partyâs watershed moment; a more malign version of Hamilton 1967 prefiguring further parliamentary gains in subsequent elections. Nevertheless, it is clear that the rise of the pro-Union far right across Britain is a phenomenon linked, like the sudden upswing in support for Scottish independence, to the dismal state into which UK politics has fallen. People who feel disenfranchised or frustrated by the bland gruel of mainstream debate are, unsurprisingly, likely to consider hitherto radical options. In the absence of any large-scale challenge to the far right on a UK level, the No vote on September 18th represents a lost opportunity. The prospect of an increasingly reactionary UK voting against continued EU membership might well be the catalyst for another Scottish referendum. Whatever happens, weâll have plenty to write about.

Stewart Sanderson is a PhD researcherÂ in Scottish Literature at Glasgow University; his poems have appeared in various UK and Irish magazines.

Tim Holmes on the progressive case for an independent Scotland

Hywel Dix on politics and literature in Scotland - from Planet 214

Stewart Sanderson reports back from the Radical Independence Campaign conference