Culture and Nation after the Referendum 02.02.17

Leanne Wood on why Plaid Cymru has secured more support for culture after the EU referendum, and how the partyâs influence has created a stronger voice on âBrexitâ in the Assembly

When a popular vote goes against your political values and your very world view, how do you deal with that? How do you rebuild?

That is the question which faced Plaid Cymru following last June's vote to leave the European Union. As I will explain, the way we have started to answer this question seven months later can give significant hope to the future of Welsh nationhood and the cultural life which underpins it.

Long before my political lifetime, Plaid Cymru saw a major referendum defeat. In 1979, people in Wales served a devastating verdict on the idea of a Welsh national political entity. Gwyn Alf Williams and others at the time reacted with despair. Their response was to question the very existence of Wales. The damage was not repaired until 1997, and even then required a significant change of circumstances.

And concern for our future has been a hallmark of Plaid Cymru history. It was our party which published Wythnos yng Nghymru Fydd, 60 years ago this January. In that novel, Islwyn Ffowc Elis looked forward at two possible futures for the nation. One of progress, social and cultural development, and another, darker vision of annexation and social tension.

The EU referendum might have had a similar self-questioning effect on Wales. However I would argue that there are more signs of hope.

The evolution of the UK state since 1997 is one thing that could just give pause to the idea of a 'Hard Brexit'. Devolution can be difficult to defend. Power is retained by Westminster as much as it is âgiven awayâ to the nations. Just see the Supreme Court verdict on 24 January, which stated that the Sewel convention underpinning devolution was a political device, not a legal one. But whatever its faults, devolution has created three alternative governments to the one in Westminster. The devolved nations are not always listened to, but they exist and have platforms for positions to be voiced. 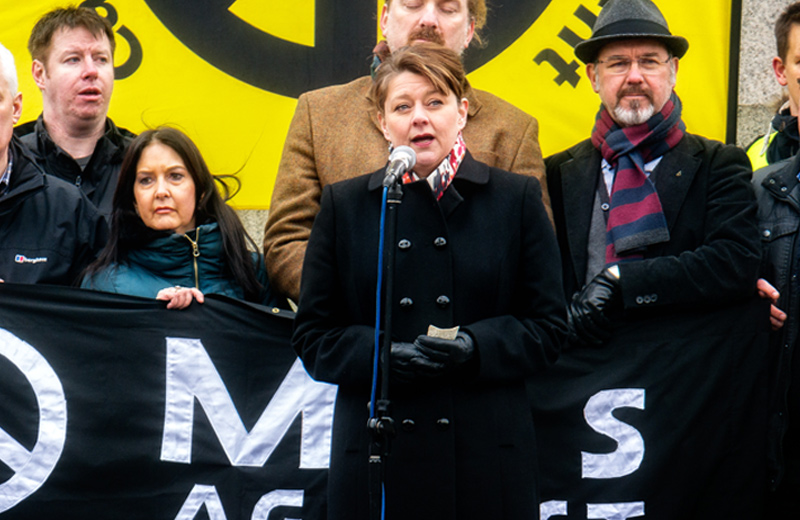 By Garry Knight [CC BY 2.0 (http://creativecommons.org/licenses/by/2.0)], via Wikimedia Commons

Despite the prevailing winds of British nationalism and Westminster-state centralism, the UK Prime Minister had to concede that the devolved nations would be 'consulted and engaged with'. The fact she made this call in the same speech where she promoted a 'Hard Brexit' may well be a contradiction, but is still significant. This gives a theoretical way in. Wales may not have a great deal of leverage, but by working with Scotland, and when an executive is formed, northern Ireland, we can try and influence the EU negotiations.

The implications of the devolved nations being ignored are far greater in Scotland than they are in Wales. There was a different referendum result there. In Ireland, where 'Brexit' could be linked to disrupting the hard-won gains of the Good Friday Agreement and the creation of a hard border, the implications could be more severe. Wales seems weak in comparison to the others. So we must have the strongest possible voice.

Plaid Cymru has used the position we achieved at the May 2016 elections to influence the political agenda in Wales. Our priorities have been made obvious. To get as much of our manifesto implemented as possible. To strengthen the Welsh national interest on EU issues and in any negotiations (focusing mainly on the single market). And to make sure that under Labour, Wales does not become a silent bystander in the UK-wide debate.

Opting not to pursue a coalition government where we have to give up scrutiny of Labour and holding them to account for the way they run public services, Plaid Cymru has utilised our position to extract various wins from the Welsh Government.

Culture is important to Plaid Cymru. We place a premium on Welsh-language culture and wish to protect and safeguard the range of other cultures which exist in Wales. And while as Raymond Williams told us âculture is ordinaryâ and is as much about things which happen in the street as it is about museums and galleries, there is no denying the role that âofficialâ cultural organisations play. They have suffered disproportionately under austerity. Thatâs why Plaid Cymru prioritised restoring some of that lost funding in our recent budget negotiations with the government.

If these organisations arenât in good health, our nation wonât be in good health. The lesson of countries Wales should be emulating, like the Basque Country or Catalonia, is that they place high-quality culture at the heart of their national identities. We have seen glimpses of this here; after all, it was a Plaid Cymru Minister who established National Theatre Wales.

With regard to the process of leaving the EU, Plaid Cymru has played an unprecedented role in influencing and shaping the position of the Labour Welsh Government. This position now extends into the internal negotiations within the UK. There was an option to stand aside and allow Labour to devise their own plan. But that option would have weakened the Welsh voice. We managed to move from attacking Labour for their lack of position on the single market, to negotiating with them to shift the debate towards Plaid Cymru's stance that we should continue to be part of it.

I have no doubt that in the coming years a mark will be made on collective consciousness from a Welsh cultural perspective, in both of our national languages. The Party of Wales won't be retreating or staying silent. Culture is vital, and will be at the forefront of rebuilding and remaking a vibrant Wales in these turbulent times.

Leanne Wood is the leader of Plaid Cymru. Since May 2016 she has been Assembly Member for Rhondda, and lives in Penygraig.

Huw Williams looks for a path forward toward a political maturity in Wales after the EU referendum exposed a lack of faith and direction.

A poem by ZoÃ« Brigley Thompson.

You Can't Fight in Here

Aidan Byrne responds to the recent vote at the House of Commons to replace the UK's nuclear weapons system.