Russell Deacon proposes ideas for a future direction for the Welsh Liberal Democrats following their recent plummeting fortunes, zooming out to draw lessons from Welsh liberalismâs dramatically fluctuating popularity over the last 100 years.

One hundred years ago the Caernarvon Boroughs MP David Lloyd George was Prime Minister. At the general election of that year nineteen Coalition Liberals and two Liberals were returned as MPs in Wales. This was twice the number of Labour MPs and five times those of the Conservatives. The party had topped the polls - this would be the last time a party other than Labour would do so in Wales. Yet even then, the Liberals were divided and their power was draining away. The Liberal Party was once the mass political movement in Wales. In 1906 it reached its zenith when 35 of Walesâ 36 MPs took the Liberal Whip at Westminster. Its MPs held the highest offices in the land, David Lloyd Georgeâs first Liberal Cabinet in 1906 had four current and future Prime Ministers in it, including himself. 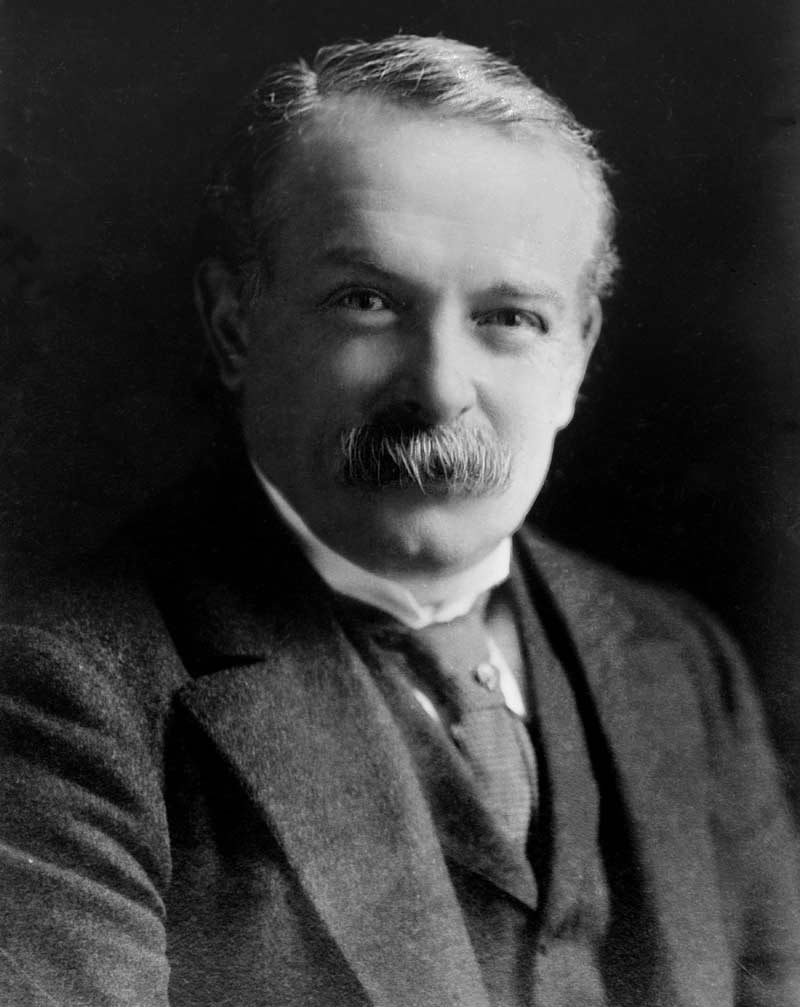 David Lloyd George, former Prime Minister.
Image from the George Grantham Bain Collection at the Library of Congress. Published in the public domain.

Sixty years later the Liberal Party in Wales had been reduced to just one MP. Although that MP, the barrister Emlyn Hooson, was a political and legal giant. The QC-MPs, as they were known, would dominate the Welsh Liberals/Liberal Democrats electorally for more than a hundred years until Alex Carlile stood down in 1997. Since then the partiesâ fortunes peaked in the mid 2000s, with four MPs, six Assembly Members and control (as coalition leaders) over every major city council in Wales. For Walesâ most pro-European party, however, it will remain an historical irony that they never won a European Parliamentary seat.

After entering the 2010 Westminster Coalition the partyâs fortunes, like almost everywhere else in the UK, plummeted very rapidly in Wales. The Welsh Party had not been given a vote on the coalition but its delegates to the federal conference were nevertheless supportive of it. Its MPs and Peers took posts in that government. On the issue of implementing tuition fees, however, which was not even directly a Welsh issue, as it had been devolved to the Welsh Assembly, the party lost in one stroke its youth vote. This switched almost universally to Labour and in the process it would take away their MPs for Cardiff Central and Ceredigion (within the latter being both Aberystwyth and Lampeter universities). This was despite the Welsh Liberal Democrat MPs in those seats voting against the introduction of tuition fees in the Westminster votes. During the same period the protest vote that had in the past boosted Liberal votes at election time, as voters sought to take a stance against either Labour or Conservative governments, moved mainly to UKIP.

Thus in 2016 it would be UKIP AMs who took four of the five Welsh Liberal Democrat Assembly seats. Kirsty Williams, the then Welsh party leader was the sole survivor and went into the Labour Assembly government. When this was followed by Mark Williams losing Ceredigion the following year at the general election the Welsh party seemed to have hit rock bottom. This was consolidated by a poor local election result across Wales, in a contest which the party had expected to be the spearhead of its âfight backâ. There was no fight back as such and the party remained very much on the fringes. For the first time in its history it became a minor party in Wales in respect of the House of Commons; like the Greens and UKIP it now has no MPs. The loss of the Brexit referendum further consolidated the partyâs gloom, as did the election of Donald Trump, a protectionist and populist nationalist President, whose politics is fundamentally against the partyâs core values. 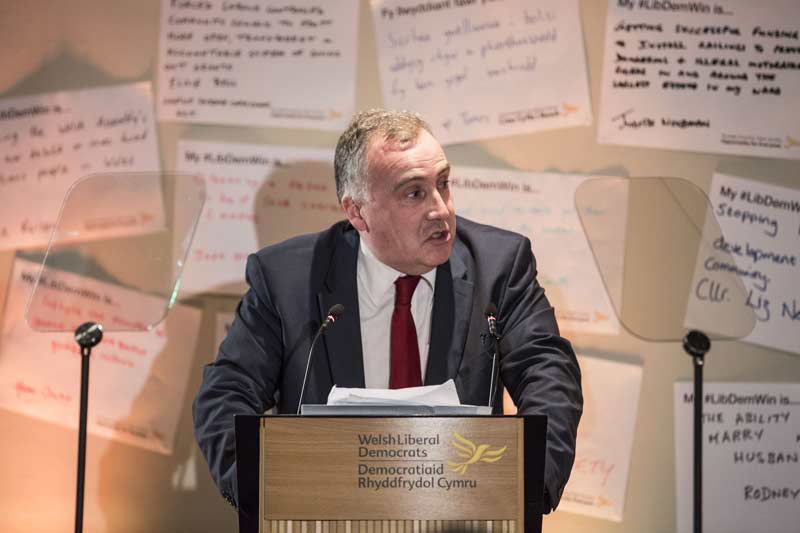 Yet while the Welsh Liberal Democrats have been severely wounded they remain far from dead. They still have significant local government presence on a number of Welsh authorities, and can be seen holding a number of civic posts. For instance, Peter Black, the former AM, is Lord Mayor of Swansea; Elizabeth Evans, recent Welsh leadership contender, is Mayor of Aberaeron and even the author, Russell Deacon, until May was Chair (Mayor) of Van Community Council in Caerphilly. Their one AM, Kirsty Williams, retains the highly public role of Welsh Governmentâs Education Secretary, but the extent to which she is carrying out a distinctly Liberal as opposed to Labour policy agenda remains to be proved. The Welsh party cannot, however, prosper on the margins, and needs to come back into the mainstream of politics.

The problem with coming back into the mainstream is that there is a shortage of elections in Wales for any âfight backâ to occur. England has local government elections every year to test the electoral waters. The next Welsh ones arenât due until 2022 (as is the next general election). The Welsh Assembly elections are not due until 2021. At the same time, the party needs to find an ideological message that can both enthuse its own grassroots and at the same time galvanise the voters. Its past massage of free student tuition that appealed to young voters is now dead and buried. Its message about being the most pro-European party has not done it well in the past but post Brexit may gain it some votes. Its most likely future therefore is in community politics, as it has been in the past, opposing the dominant control of the Labour Party in many Welsh authorities or the independents in mid and west Wales. Community politics, which tackled grassroots issues from potholes to blinking street lights, was the way the Welsh Liberals established themselves in the 1980s and 1990s. Itâs this attention to local community concerns that has since helped them stay on in some force in Welsh councils. Emphasising the distinctive local nature of Liberalism as opposed to the more corporate nature of Socialism would seem to be one way of rebuilding the Liberalsâ local strength.

Currently, there is some small evidence that the corner may have turned for the party. In the Alyn and Deeside Welsh Assembly by-election in February 2018 the Welsh Liberal Democrats came third on 6.7 per cent of the vote. This was a fraction of the winning Labour vote, but nevertheless it saved their deposit and in the process repositioned them as the third party behind Labour and Conservatives. In contrast, in 2016, in the same seat, they had lost their deposit and come fifth. Such a result repeated across Wales at the next Assembly elections would be enough to give the Welsh Liberal Democrats 3 to 4 seats. Until then, the Welsh Liberal Democrats will have to continue to survive, as they have in the past, on hope for a better day to come.

Russell Deacon is visiting professor at the University of South Wales and director of the think tank Gorwel. He has also served as a community councillor, including as chair, in local politics between 1999-2018 in Caerphilly. From 2003-2018 he was sole elected Welsh Liberal Democrat in the county borough. He is author of The Welsh Liberals (Welsh Academic Press, 2013).

The Meaning of Home or The Five Stages of Brexit

Alyce Von Rothkirch experienced the death of her mother at the same time as the aggressive fallout from the EU referendum led to her decision to leave her home in Swansea for her birthplace of Germany. She describes how this double loss followed a similar pattern...

You Are Not Welcome: Travels Through Gentrification from the Floating City to Cardigan Bay

On city breaks to Venice and Berlin, Helen Sandler talks to campaigners about how they are challenging unsustainable tourism and gentrification. What could activists and authorities in rural Wales learn from these more radical approaches on the continent?