Sam Christie tells the story behind his documentary on the closure of a uniquely radical institution for adult education. He argues why this pedagogical experiment is still so needed in contemporary Wales, and that its loss has something significant to say about encroaching neoliberalism.
You can view the trailer and a range of evocative photographs from the project below. 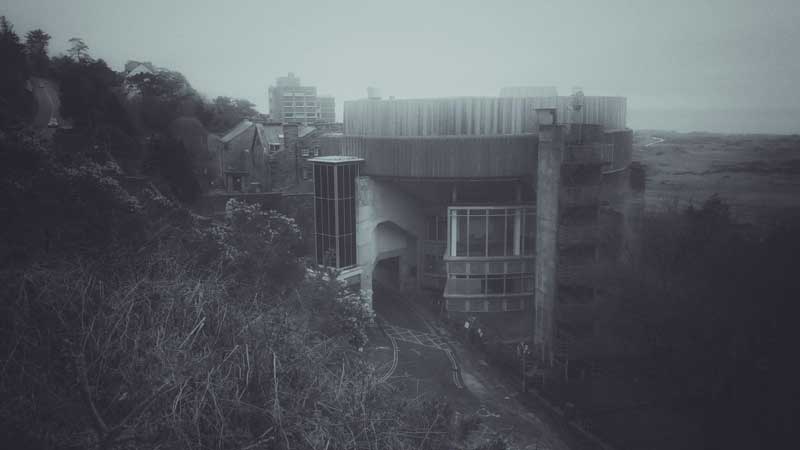 In Peter Steadâs historical account, Coleg Harlech: The First Fifty Years (1977)1 the author describes a Welsh educational experiment which seems both entirely logical, and also applicable to the current needs of our society. The fact that, to be blunt, this experiment failed, and all evidence suggests that the evolution of further and higher education is following a path antithetical (probably hostile) to the Coleg Harlech approach is why I find myself tackling a documentary which at heart is about the loss of something important.

The Coleg Harlech âsecond chanceâ pedagogical method centred around three key tenets whose importance fluctuated during the history of the college from 1927 to 2017. These were the following: residential status, an education with no formal qualifications that was broad and general in nature, and that it would be free to students. The objective was simple; to provide a second opportunity for those who may not have had access to a decent education the first time around, and to develop the kind of rounded scholarly background usually only available for those who had the means.

The idea of Coleg Harlech (as outlined in Steadâs book and realised by its founder Dr Thomas Jones, a private secretary to Lloyd George and a leading supporter of the Workers' Education Association, among other significant achievements), could readily emerge from a serious audit of, not only our current education system, but also our atomised and unequal society as a whole. It is, of course, the neoliberalisation of education that appears to chronologically parallel the decline and eventual demise of the place. While higher education institutions began to charge tuition fees so that students became consumers, increase student numbers with an emphasis on âemployabilityâ rather than knowledge, and create an academic âprecariatâ through casual contracts for staff2, one of the exemplars of the âsecond chanceâ concept was consigned to history. In the current climate in higher and further education, it would be almost preposterous to suggest that an institution that could barely sustain itself in free market conditions should have been able to continue with the almost utopian desire to help people. 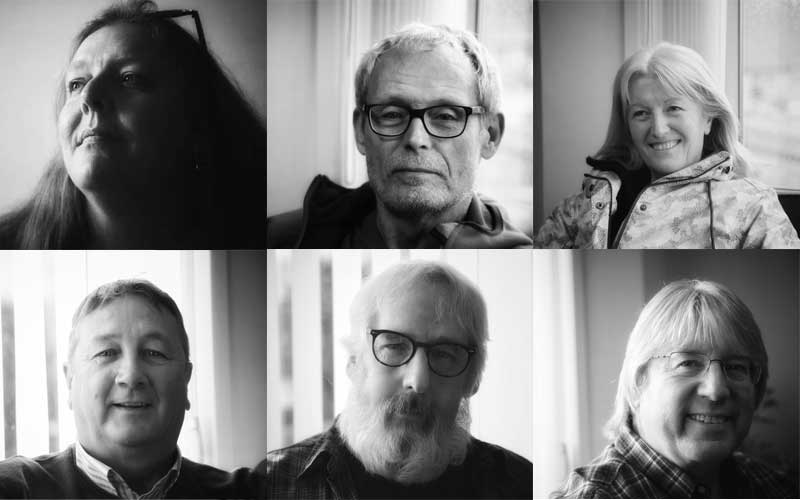 What has become abundantly clear in the production of my documentary is that the college certainly helped people. Many students, facing a crossroads in their lives, often in challenging situations, could take advantage of the residential status of Coleg Harlech and change their life trajectory as a consequence. I spoke with a woman who, as a single mother, had been able to leave a job she was very unhappy with and to go on to university and work in further education; a steelworker who had gone on to pursue a career in law; and someone who described himself as âdrifting through lifeâ, who went on to become an economist with the Welsh government. Underpinning these and other studentsâ stories was the fact that the residential status allowed them to leave the restrictions of their former lives completely and entirely concentrate on study.

In many of the interviews I carried out with alumni, the word âtransformativeâ was used; it appears that Coleg Harlech not only helped people but also transformed them. In all the interviews, alumni recognise that the Coleg was at its most constructive when it was running the two-year diploma course (introduced in 1969 and reduced to a one year course due to financial pressures in 1996. This was considered by many to be the âbeginning of the endâ of the original ambitions of Coleg Harlech). These two years, spent on the Welsh coast studying humanities courses, in the company of many eminent academics and students from similar backgrounds, while being allowed the time for transformation and the absorption of knowledge had a priceless impact. The Coleg Harlech experiment was an investment with unquantifiable profits, which ultimately could not continue in an educational landscape that had become so heavily monetised.

My personal interest in Coleg Harlech stemmed originally from the architecture of the place. There are brilliant examples of 1970s Brutalism in the form of the Theatre and the accommodation block, and of Arts and Crafts finery in the original Wern Fawr building, built by George Walton in 1908 and sold to Thomas Jones at a low price provided it was used for, âeducational and humanistic purposesâ.3 What is striking about this arrangement of architectural traditions (giving expression to wider progressive traditions) along the shore of the Cardigan Bay is just how successfully they connect with the magnificent north Wales coastline. However, as the buildings decay (a fire alarm was recently heard ringing for two days) they have finally begun to become less connected, and their contrast more jarring. While they were functioning it was easy to see how these buildings worked symbiotically with the landscape in the development of free-thinking adults.

There is not a great deal of information about the closure of the college at this stage, rumours and best guesses are as close as it is possible to get â all the public does know is that the site has been sold. What is undeniably true, however, is that the closure of Coleg Harlech is complex. In response to the closure, my documentary is scheduled for completion in the Spring or early Summer. There are proposals to extend and re-publish Peter Steadâs 1977 history of the Coleg, with new insights into the final years. The alumni are active in organising events to celebrate the life and times of Coleg Harlech. 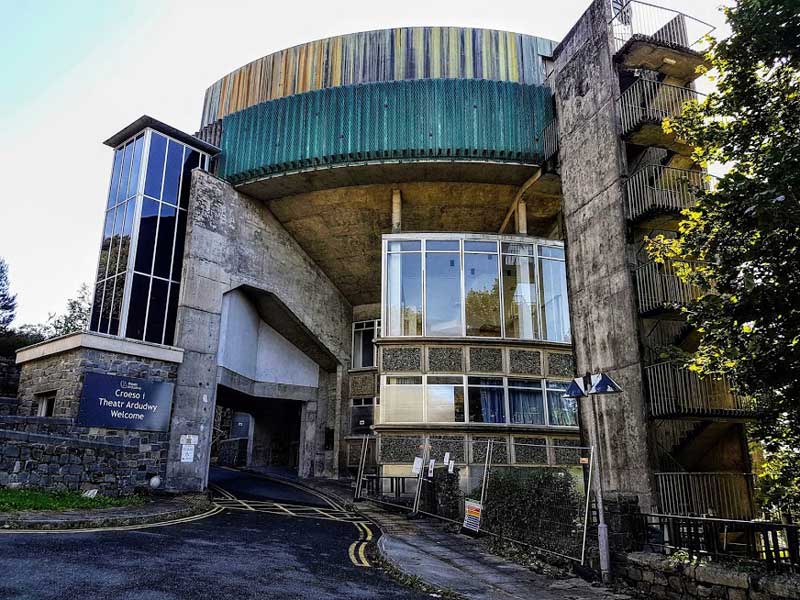 Arguably, on one level, perhaps the most significant level of all, the closure of Coleg Harlech exemplifies a symptom of the decline of socialism itself, or at least the Keynesian model presented in the ambitions of free residential status. Certainly the closure of Coleg Harlech underlines the fact that lofty pedagogical experiments are not currently possible as they donât fit into todayâs profit-oriented system. I approached this documentary conscious that any attempt to didactically declare outrage at the specific reasons for the closure of the college would almost certainly backfire, as at its heart the shutting down of this place seems to elicit questions around values, rather than supply any particular answers. Who is to blame? Why didnât it work? While these are valid lines of enquiry they seem tangential; itâs more useful to see that at the heart of this is a wider set of questions for all of us: âwas it worth our money to have graduates of Coleg Harlech in our world Ì¶ free-thinking, giving something back through the work they now do?â (Many of the alumni I met went on to very high-profile and socially useful roles.) But most of all, âis it still worth giving those whoâd never had much of a chance a second go?â. 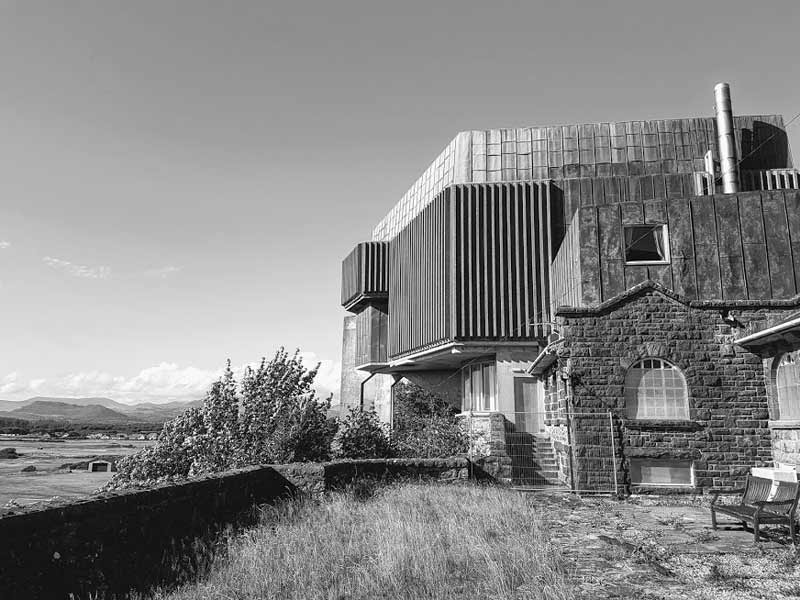 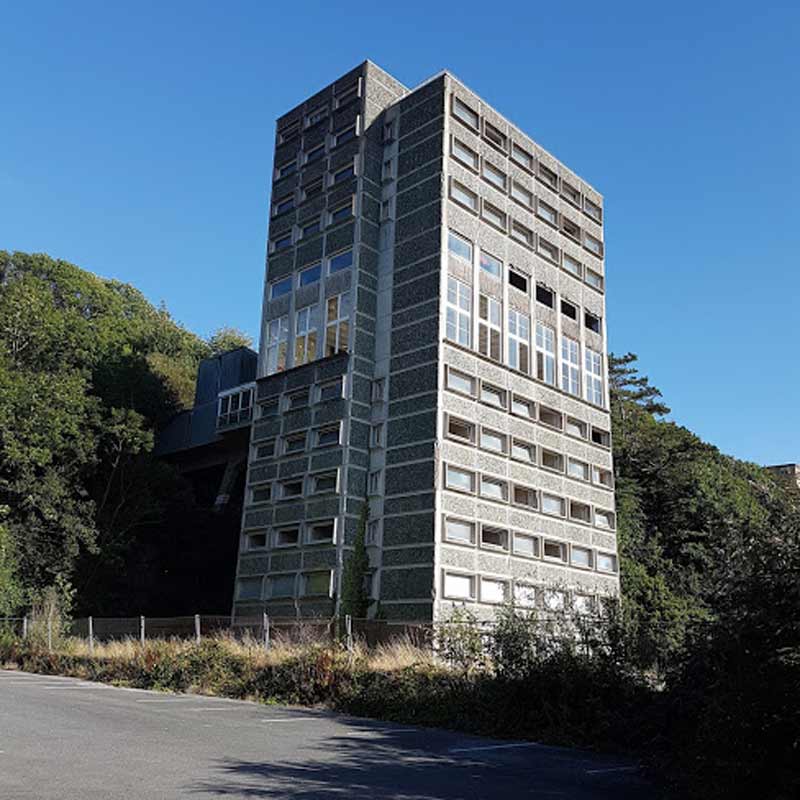 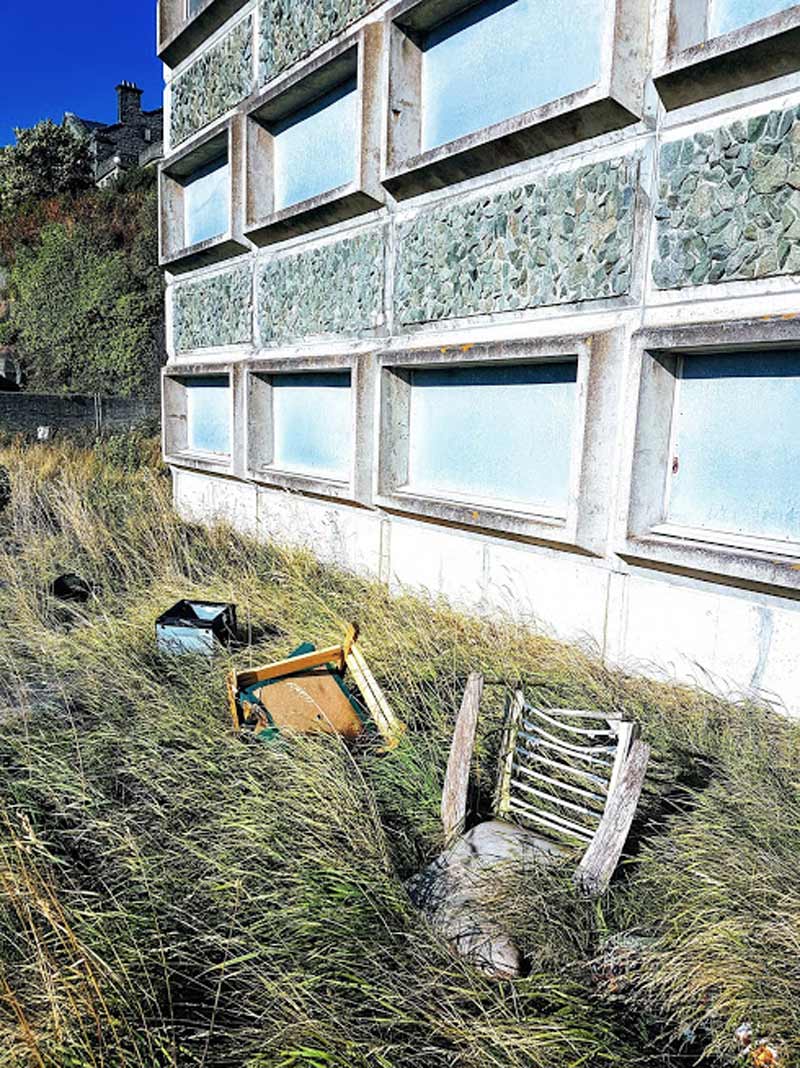 
You spoke to me and said, come to me,
come into my bed, I will embrace you.
In my arms I will teach you
and in my youth, I came to you
and you gave to me
the murmur of waves at midnight
the warm sun on my October face
rain on the blue slate goat track steps
stars without number over Yr Wyddfa
then your bed became the bridge
that set me on the road ahead
and your kiss, gentle and too swift
became the warm memory I miss

The train rocks slowly forward
At the spot, where track meets sea
Soon on this cold winter night
You know you will see the glow
Of the tower rising concrete straight
And you count the lights, in each room
Knowing the blockhead in every one
Jane, Pavel, Eileen, Victor, Sue and on
And you know that on Floor eight
The Sultans of Swing will be tuning up
And making themselves at home

Your voice, wound itself inside me
I will not keep you, but I will love you
I will give you, knowledge to see
And in my youth I held you
And you gave to me
the lights dancing above the distant Lleyn
the Italian towers over the Glaslyn tide
the taste of flagons shared with friends
the smell of books in a warm library
and in hope ahead, I went forward
returning sometimes for reassurance
that the gift of learning was freely given
to build the future and hand up the lift

Sam Christie is a filmmaker based in Aberystwyth. His work centres around landscape and the environment. His Ph.D project Cantre'r Gwaelod and Tales of Inundation involved walking the coast path between Ramsey and Bardsey where his interest in Coleg Harlech began. Sam is the creative director of AMP Media based at Aberystwyth Arts Centre.

All Alone in Icy Seas: Wales, Brexit and Nordic Noir

Hywel Dix argues why the popularity of the Nordic noir genre, and its Welsh noir offspring, has something significant to say about the lack of a collective, aspirational European identity; and Walesâ isolation from both continental Europe and the other nations of the UK.

Teacher Rajvi Glasbrook Griffiths looks in-depth at the proposed new curriculum, which will be finalised in 2019. She gives an insight into the transformative power of the arts in education, and argues that there is a danger that the current lack of clarity about expressive arts and literacy provision in the curriculum would undermine this.

Our Welsh Keywords offers contemporary perspectives on the meaning of words in Welsh, inspired by Raymond Williamsâ Keywords. In this issue, Sara Peacock discusses how there are particular distinctions made between a âlearnerâ (dysgwr) in Welsh and a âspeakerâ (siaradwr). She draws on linguistics and pedagogy to question at what point one become the other, and asks what the existence of a distinct, parallel learnersâ community means for Welsh-speaking society, and strategies to ensure the language survives.

Reclaim our Land, Sea and Sky: The Welsh Peace Movement

Mererid Hopwood reflects back on the 2014 to 2018 commemoration of the First World War in Wales and the UK, asking what these activities say about memory, mourning, nationhood and inequality; looking to the future to offer proposals for how Wales can contribute to the struggle against 21st-century militarism.