As another carnival season has come to an end, Nia Edwards-Behi offers her opinion on how attitudes towards racism have evolved since the blackface controversy at the 2017 Aberaeron Carnival, and how an activist response to racism in rural Wales is now emerging.

Just over a year ago, at Aberaeron Carnival, a group of men paraded along with dozens of other revellers, dressed as the characters from the film Cool Runnings, complete with full blackface and âafroâ wigs. Their makeshift bobsleigh prop played out what appeared to be a parody rendition of the filmâs unofficial theme tune. (Hopefully this was not the overtly racist one on YouTube with the same tune, with its references to myriad Jamaican stereotypes, such as those referencing 'nappy hair', or 'dying from HIVâ.) A brief but impassioned objection to the float ensued, led in the first instance by local activist Dinah Mulholland, which was met with a significant defence of the incident â âtheyâre just having some fun!â, âitâs a tribute!â, âitâs just fancy dress!â. Those crying âracism!â were dismissed as overly sensitive, and this response was legitimised when the Dyfed-Powys Police concluded that no charges would be made over what happened. It wasnât racist in the eyes of the law, so letâs all shut up about it now.

I grew up in a village on the northern coast of Wales. My experiences of racism there were minimal â the sort of pathetic schoolyard micro-aggressions that, if I had been the butt of them more frequently, might have hurt more. The worst incident happened when I was 5 or 6 years old, as my mother walked me home from the school gates, a classmate pushed me to the ground. When his mother, aghast, asked him why heâd done this, his reply was to say âI donât like chinksâ. I actually donât have any recollection of this myself, but my mother has told me the story. Perhaps I have repressed the memory of being the subject of an erroneous racist assault by a fellow child, but more likely I simply have a terrible memory. What this story underlines for me, though, is two things â firstly, that I have the great privilege of existing untraumatised by any racist views of my mixed-race existence, and secondly, that my 5- or 6-year-old classmate had learned the word from somewhere and applied it liberally as a racist insult.

In the days directly after the 2017 Aberaeron Carnival, an informal group of people came together who wanted to be able to talk about it and express their frustrations without interjections from those who considered the incident to be just a bit of fun. Who were we, mostly white, mostly women, to tell these âladsâ that they were being racist? Why were we offended on behalf of others? I saw clever, broadly left-leaning friends defending blackface. By no means do I advocate for dictating to black people, or other people or colour, the specificities of what they should find insulting; however, blackface has such a long and shameful history that I feel confident in speaking up when I see it. As someone who has experienced racism but also as someone who can pass for white, I feel obliged to speak out when I see or hear racism, even if it has no apparent direct impact upon me. The burden of letting white people know that theyâre being racist should not fall only on the shoulders of the victims of that racism. I dare suggest that this might be particularly true in areas where the population is predominantly white â how exhausting might it be to be the only person of colour in the village?

This group of people, from across west Wales, has since organised and formalised to become the West Wales Anti-Racism Network. A group still in our infancy, our intentions are to work on a local level to educate on issues of race, formally and informally, in an area of Wales where 97% of the population is white (according to 2011 census data). We might live in rural areas, but we surely canât claim to live in a bubble of ignorance. Television exists, the internet exists, books exist. Itâs hugely damaging and regressive to claim that ignorance about other ethnicities found in overwhelmingly white areas â often rural areas â is a valid excuse or reason for racism. Itâs easy to forget, living somewhere like Aberystwyth, that such dismissive attitudes to genuine concerns about racism can exist so openly and so freely, this close to home. Aberystwyth generally prides itself on being a bastion of tolerance and diversity, and yet a few miles down the road a float blasting out sing-song racism can win a carnival prize. If you wanted to see for yourself, you still can, as Aberaeronâs official town website still hosts the video of the 2017 procession, Cool Runnings included. 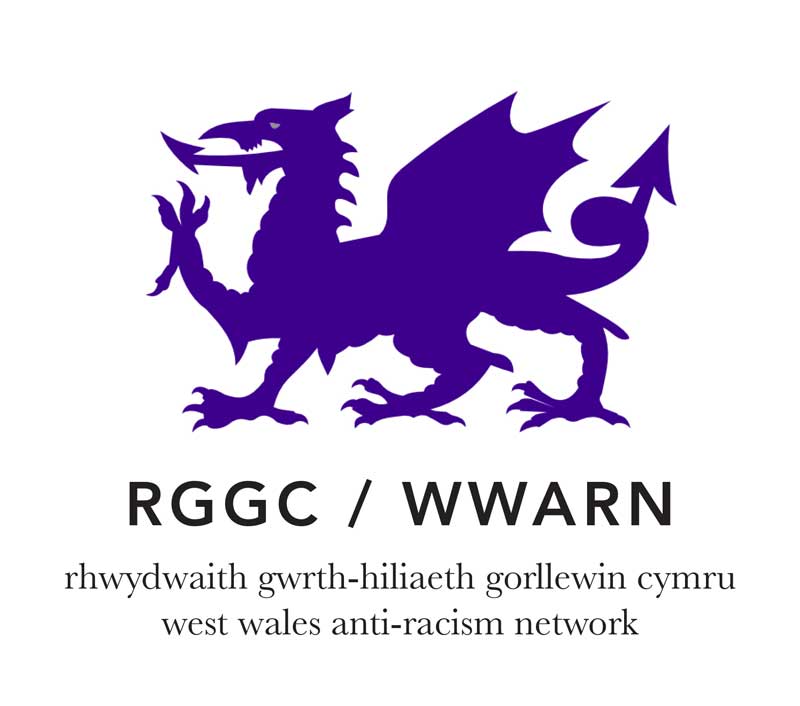 It can feel rather futile, sometimes, making reasoned, hopefully fair comments online or in person in the hope of changing someoneâs mind that stereotyping and caricaturing another race or culture isnât just a bit of fun. In the past few weeks another incidence of blackface occurred at GÅµyl Llanuwchllyn, wherein a woman dressed up as the Black Nun of Welsh folklore and offered a particularly racialised rendition of the apparition â blacking up her face and arms. However, thanks to an interjection by Sam Rhys on Twitter, representatives from the festival responded comparatively quickly to being called out â they apologised, and explained that the woman had been spoken to on the day and had changed immediately.1 Thatâs some contrast to the response of the Aberaeron Carnival committee, who declined to comment after it was pointed out that blacking up is racist, and certainly a far cry from the response to the Cool Runnings float from the local Lib Dem councillor Elizabeth Evans, who deemed it âabsolutely notâ racist and âat worst, naÃ¯veâ.2 Can I claim without doubt that the small-scale but persistent activism of those of us who have simply had enough of ignorance is the cause of this shift in attitude? Of course not, but it does feel like perhaps things are very slowly changing. Note, for example, that the application form for the 2019 Aberaeron Carnival now features a clause that states âany entry which is considered to be of a vulgar or racist nature and likely to cause controversy will be refused as this is a family eventâ. I can only presume this is a new addition. I have plenty of reservations about the wording : conflating vulgarity and racism, particularly with the emphasis of a âfamily eventâ suggests that anti-racists are just complaining about bad taste, rather than expressing genuine moral concerns. Likewise, emphasising the likelihood âto cause controversyâ in this consideration undermines that fact that a racist float should be rejected regardless of whether or not itâs noticed. Reservations aside though, itâs a start,and we all have to start somewhere.

What Would Nye Do? A Future Direction for Welsh Labour

Daryl Leeworthy examines the ideological crossroads which Welsh Labour finds itself at post-Carwyn Jones. He details just how transformative the Welsh labour movement once was, and argues that in order to remain central to Walesâs story the party needs to reject its recent flag-waving quasi-nationalism and return wholeheartedly to the principles of radical social democracy.