Hanan Issa reports from Gentle/Radicalâs Imagination Forum event in Cardiff,
reflecting on the radical power of the imagination to transform how we perceive
racial inequality and privilege, and what this might mean for us in Wales.

Iâve been thinking a lot lately about relativity. Recently, I watched an award-winning video where an American high school student, Hillary Diane Andales, uses the example of how Usain Boltâs running speed is measured, among other things, to break down the concept of relativity with regard to how we perceive sound, light and time. Hillary explains how people stood on opposite sides of a number will either see it as 6 or 9 depending on their perspective. She goes on to say that both opinions are correct and are simply looking from different reference frames. Moving beyond physics to reflect more generally on how different frames of reference can create multiple ways of perceiving things, the most extreme example of this that came to mind was the Roberto Benigni film Life Is Beautiful. Here, the father Guido, played by Roberto Benigni, constructs the idea of âthe gameâ for his five-year-old son in order to mask the horrors of being in a Nazi concentration camp. He creates an elaborate fantasy that they are in the camp in order to compete for an armoured truck. It is the heartbreaking innocence of the boyâs pronouncement at the end of the film, that he and his mother have âwonâ, that illustrates how radically our imaginations can alter perceptions and shape our reality, no matter how horrific that reality actually is.

And letâs face it, global reality today is pretty grim. With the recent Florida school shooting, revelations that top officials at Oxfam have allegedly been sexually exploiting some of the women and children they were supposed to help, as well as Boko Haram continuing to wreak destruction and havoc in Nigeria, it is heavy on the heart to keep up to date with whatâs going on worldwide. But as the insightful Toni Morrison has advised, âin times of dread, artists must never choose to remain silentâ. And this most certainly appears to be a driving force spurring Welsh artists, writers and activists into action.

Gentle/ Radical is a grassroots cultural organisation and platform for radical thinking, creative practice, and social change that was founded by Rabab Ghazoul, a Cardiff-based socially engaged artist, activist, and cultural practitioner. She has recently collaborated with Owen Griffiths and Radha Patel to launch an exciting new project called âThe Imagination Forumâ. This series of creative and deeply interactive workshops seeks to enable participants to envisage what âa future free of prejudice, racism, and White privilegeâ would look like in Wales, and I was intrigued by what to expect in the first session. 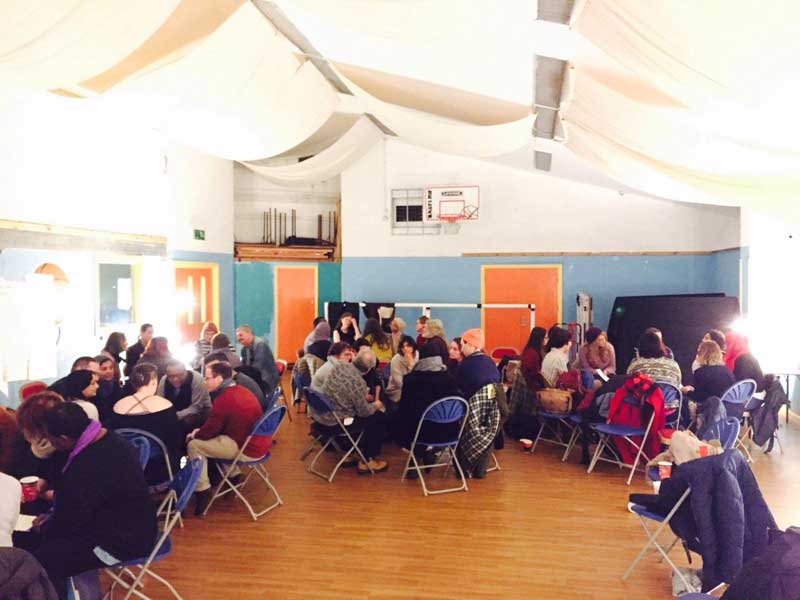 The organisers had requested all attendees to send an inspiring quote beforehand and it was a wall full of this inspiration that greeted us on arrival. The session began with a strikingly thought-out visualisation, conducted by Radha, surrounding the Loch Ness monster and the notion of myth vs reality. The exercise explored how concepts such as âracismâ and âmisogynyâ are very real, tangible âmonstersâ that we are often told do not, or no longer, exist. The rest of the day was split up into a series of interactive activities that encouraged us to explore and verbalise our thoughts on the creative scene in Wales, what imagination means to us, what we feel needs to be done to make positive change, as well as discussions on how to unpack the differences between the terms âdiversifyingâ and âdecolonisingâ in the context of our culture in Wales.

At this point, I can feel the collective eye-rolls from readers who see these terms as newly emerged buzzwords designed to simply stir up the status quo and point fingers. And perhaps there were people attending the event who felt the same way. It is always difficult to fully measure how successful any event has been in achieving its aims, but I canât help feeling that this is exactly what happened at the forum.

The wall of inspiration at the Imagination Forum, January 2018. Image Â© Rabab Ghazoul

During the âdiversifyingâ vs âdecolonisingâ session the imposition of the English language in Wales due to English colonialism was discussed. This quickly moved onto the subject of the controversial and complex nature of the Welsh colonisation of Patagonia, as has been discussed by the scholar Lucy Taylor, among others. How âfriendlyâ were relations really between the Welsh settlers and indigenous people, and to what extent did this narrative of friendship actually legitimise colonialism and the creation of racial hierarchies? What has stayed with me most about this exchange was not the revelatory information shared about this history but the impact it had on some attendees. Over the lunch break I had a conversation with someone who had previously spoken positively about the colonisation in Patagonia and now appeared quite visibly shaken. They confessed that the discussion had been difficult to process and that they felt like they needed to readjust their worldview in light of new information that was shared by other attendees. I was struck by this personâs honesty in being able to admit this, and their determination to go away and re-educate themselves.

For me personally, this is what an emancipatory future looks like. The idea that we should base our treatment of others on our commonality is problematic, as this excludes people who are different. But being able to sit with and truly respect difference when confronted with an alternative view or way of being, that, to me, sounds like a future to get excited about. As a visibly Muslim woman Iâve become pretty good at recognising then disregarding that momentary flash of fear that appears in someone's eyes when that person finds your difference, your otherness, initially very uncomfortable. While I am not naive enough to think it is possible to eradicate this feeling entirely, I have hope. I have hope for an emancipatory future where more people, when confronted with difference, approach it with curiosity and open-mindedness rather than fear. I have no idea how we get there but I think that developing the ability to shift our reference frames from 6 to 9 or 9 to 6 when necessary is crucial, as is harnessing that skill which is very often discarded during childhood: to imagine better versions of ourselves. 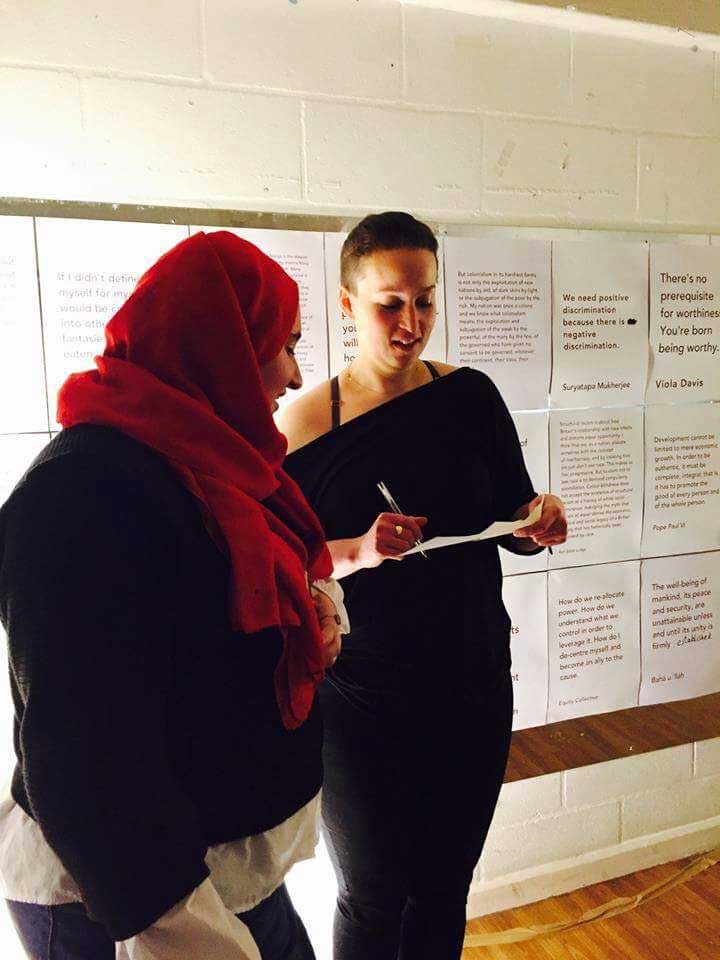 
You can read more about forthcoming gentle/radical events here. The next Imagination Forum is held on Sunday 25 March at Riverside Warehouse 3-7pm: https://www.facebook.com/gentleradical/

Hanan Issa is a mixed race writer and poet living in Cardiff. Her work has been published in Hedgehog Press, Sukoon Journal, Banat Collective, sisters-magazine, HuffPost, and MuslimGirl.com. She is the co-founder of Cardiffâs BAME open mic series âWhere Iâm Coming Fromâ at the Tramshed and can be easily found in a coffee shop daydreaming about unicorns.